T-Mobile G-Slate and Dell Streak 7 are the first two 4G tablets on T-Mobile’s HSPA+21Mbps network. Dell streak 7 was added to the T-Mobile’s shelf in February 2011 and G-Slate followed in April 2011. Both the tablets are Android based, however G-Slate uses tablet specific OS, the Android 3.0 (Honeycomb) while Dell Streak 7 uses Android 2.2 (Froyo) which is a common platform for mobile device. The devices are different in many other aspects too, G-Slate is a larger tablet with 8.9″ display while it is 7″ in Dell Streak 7. The major issue with Dell streak is its battery life which is rated at 4 hours continuous video playback whereas it is 9.2 hours in G-Slate. However when everything boils down to your wallet, Dell Streak 7 takes the price advantage. It’s a budget tablet that T-Mobile has priced it at $200 with a new 2 year contract while it costs more than double for G-Slate. With prepaid data plan it’s available for $450. So if you are not a heavy user, Dell Streak 7 supported by T-Mobile’s fast HSPA+ network is an ideal choice for you.

LG’s 8.9 inches G-Slate is a solid device having a single sheet of glass covering the display with rubberized plastic body, it would have been nice if the glass had finger print resistant oleophobic coating. The HD display is quite good with 1280 x 786 resolution and an odd aspect ratio of 15:9.

Talking on other hardware design, G-Slate has both microUSB port and HDMI port with another port for optional docket connection. On the backside it has dual 5MP cameras with a LED flash that has 3D video recording capability. The cameras support 720p 3D video recording and 1080p standard video capture. To view your 3D creations, G-Slate has 3D video player and LG has included a pair of 3D glasses to the package. Inside it has 1GHz dual core Nvidia Tegra 2 processor, 1GB RAM and 32GB internal memory.

G-Slate is a Google branded device, that means it has full access to Google Apps and Android Market. Android Market does not have that many tablet optimized applications, however nearly all apps are compatible with Honeycomb. G-Slate supports Adobe Flash Player 10.2, but it is not integrated to the system, users have to download it from Android Market.

One of the other important feature of mobile devices is the battery life, G-Slate is quite strong on that feature.

For connectivity it has Wi-Fi, 3G-WCDMA and HSPA+. In practical use HSPA+ offers up to 3 – 6Mbps dowmload speeds and 2-4Mbps upload speeds.

Dell introduced its new tablet Dell Streak 7 at the CES 2011 and it was added to T-Mobile shelf in February. From outside it looks like a larger version of the previous 5 inches Dell Streak. But it’s very much different in internals and the display too much better than the previous version. The Android 2.2 (Froyo) based tablet comes with handy 7″ multi-touch capacitive vibrant screen with Gorilla glass; the widescreen display optimally designed for mobile Web, video and movies is more responsive than earlier tablet.

Dell Streak 7 is packed with 1 GHz NVIDA Tegra dual core processor and has 512 MB RAM, 16GB internal storage, rear facing 5.0 megapixel camera and a front facing 1.3-megapixel camera for video chatting. The operating system can be upgraded over the air. The Android tablet supports full multitasking, inbuilt Adobe Flash 10.1, Qik and Skype Mobile for video chat and video calling and many other applications from Android Market. For text input it has virtual QWERTY in both portrait and landscape with swype technology.

For connectivity it supports Wi-Fi 802.11b/g/n, Bluetooth and 3G UMTS plus HSPA+21Mbps. 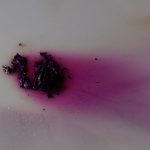 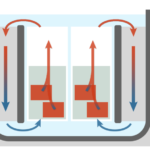 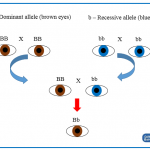