The race for the best and the fastest smartphone is on. T-Mobile has announced its first Dual Core phone T-Mobile G2X at CTIA 2011, T-Mobile G2X is actually the US version of Optimus 2X made by LG. Samsung on the other hand came up with yet another winner from its stable of latest smartphones in the shape of Galaxy S 4G. Let us find out the difference between T-Mobile G2X and Galaxy S 4G to make it easier for the readers to choose the phone that best meets their requirements.

This is the US  version of the better known LG Optimus 2X that runs on Android Froyo 2.2, the OS can be upgraded to Android 2.3 Gingerbread. It has superb hardware. Its amazing hardware includes 4″ WVGA (800×480) TFT LCD capacitive touch-screen, Nvidia Tegra 2 1GHz Dual core processor, 8 megapixel camera with LED flash and video recording at 1080p, 1.3 MP camera for video calling, 8 GB internal memory with support for expansion up to 32 GB and HDMI out (support up to 1080p). The other features include Wi-Fi, Bluetooth, DLNA latest version 1.5, Video codec DivX and XviD and FM Radio. With all these hardware inside, T-Mobile G2X is still slim too. Its dimension is 122.4 x 64.2 x 9.9 mm. This smartphone is built for high speed gaming and entertainment with support for 4G speed from US carrier T-Mobiles.

The phone has all the essential smartphone features such as easy access to both personal and work emails, integration with social networking sites, and instant messaging. It is equipped with Swype for easy text input. It has internal memory of 8 GB which is expandable up to 32 GB with the help of external micro SD cards. There is stereo Bluetooth 2.1, support for Adobe Flash player and a media player too.

Samsung calls galaxy S 4G is loaded with features and is yet available at just $199 which is a surprise. It has mobile HDTV, shoot and share HD videos and has some pre loaded games to blow away those who like fast gaming on their mobiles.

The phone has a fast 1 GHz Hummingbird processor. 4” super AMOLED capacitive touch screen, a high resolution 5 MP camera at the rear, Wi-Fi, Bluetooth and is also GPS enabled. On top of all this, it has Samsung’s amazing Touchwiz user interface on Android Froyo 2.2.1 that gives a pleasing performance at a high speed. The phone has dimensions of 122.4 x 64.5 x 9.9 mm and weighs just 118 gm.

The display provides a resolution of 480X800 pixels in a 4” screen through Gorilla Glass technology. It has multi touch input method. Accelerometer, touch sensitive controls, proximity sensor, with a Swype text input. Galaxy S 4G supports HSPA+. This means web browsing is super fast and even full HTML sites open in quick time (less than a second). The phone is so fast that you can download apps from Android store in a matter of seconds. The Qik software ensures video chatting is fast and smooth. In short, galaxy S 4G is a fast smartphone available on a very fast network. 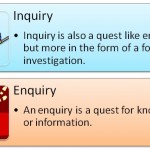 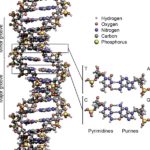