You must have seen a task proving to be very difficult for most people, but there are a few who would do it in a jiffy and seamlessly. Why it is so and why are only some people blessed with such ability? It just doesn’t seem fair enough to have a select few perform a task without any effort while others are failing despite putting in a lot of effort. There are some who say that this is because of special ability within the person called talent while others say that some possess special skills to be able to do the task. While the two words seem to be synonymous, there are differences between the two that will be highlighted in this article.

Talent is believed to be an innate quality, a quality that a person is born with. You must have seen a child play guitar effortlessly, whereas there are countless others who learn with great difficulty. There are kids who find math to be child’s play while so many others dread math and run away at the first opportunity. Talent is not limited to studies and music and in every sphere of life; we encounter people with talent who move ahead with confidence as they have the talent to do things in the chosen field. This is the same in sports and fields requiring physical strength or hand eye coordination.

So if, your teacher tells your parents you have a special talent in math, all he wants to impress upon your parents is that you should be encouraged to take up math rather than any other subject in higher classes. We all know that fish swim and birds fly. They have these innate qualities requiring no effort on their part to swim or fly. Similarly, all people are born with innate qualities. Leave a person free and you can spot the talent in a person as he is likely to indulge in activities that he likes or is good at. However, in most cases, talent remains hidden and is never spotted. This means that even though a person has talent in a particular field, he never gets a chance to showcase his talent.

Are you at times mesmerized by the fluid manner in which Roger Federer moves around the court and beats other Tennis players or for that matter by the ability of a tiger to prey upon a deer and finally catch it to eat? In both cases, you get to see a very high level or performance that looks like poetry in motion. This competence that is on display is what skill is. If your friend plays guitar well, you would be tempted to say that he is skilled at playing guitar. The skill or excellence in any field comes from learning, practice, or through innate talent. Helen Keller is a perfect example of a person who surmounted physical disabilities to develop skills in many fields of life. This she did through sheer determination and dedication.

People who are not naturally rhythmical go to dancing schools to be able to learn how to dance in social events. Dancing is, thus, a skill which can be learnt and honed and perfected. A person can attempt to learn many skills in his life just as a person learns multiple languages.

Difference Between Expertise and Talent 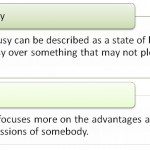