Clogging and tap are dance forms that are not native to America, but are based upon European dances that were introduced by the settlers in the country, in the 18th and 19th century. These settlers came to the US from different parts of England, Scotland, and Ireland. It was the manner in which the two dances evolved after taking roots in US led to the differences that can be seen in Tap and clogging today.

Tap is a dance form that requires the individual to wear special shoes with metal heels, which are used to hit the floor in a rhythmic manner as if they were some percussive instrument. The clicking of the metallic heel on the floor produces tapping sound that gives the dance its name. It is not just a single type of sound but a variety of sounds that can be produced in tap dance. Those who see the performance not only enjoy the movements but also the sounds produced by the dancers. One can perform tap dance without music or with the accompaniment of music.

Tap dancing and similar dance forms can be found in different cultures such as in British Isles, African countries, and even in Spain where flamenco is the most popular type of tap dancing. Today, tap dancing has become a typical dancing style of America and one can learn this dance in dancing schools.

Like tap, clogging is a folk dance that requires dancers to wear special shoes with metallic heels. The metallic taps are there in the soles too and used by the dancers to create rhythmic sounds by hitting them on the dance floor while making the dance moves. The wooden shoes used for this dancing style were called clogs and these shoes give the name to this dance form.

It was in the 18th century that settlers from many European countries came and lived in isolation from the civilization that was progressing outside. The song and dance of these settlers did not change for decades to come because of a lack of contact with the majority culture. The clog dance gradually became clogging for the majority culture in America and adopted by the white population too. Clogging is believed to be the first of the street dances.

• Both clogging and tap use the soles and heels of shoes to create sounds by hitting them on the dance floor, but there are differences in the styles.

• Dancers in tap do not force feet strongly on dance floors as the dancers in clogging do.

• Tap dancing can be performed solo too, whereas clogging is done mainly in groups.

• Clog dance has its roots in Appalachian Mountains. It was brought to America by settlers from Ireland, Scotland, England in the 18th century.

• There is a lot of up and down motion of the body in clogging.

• Clogging is much more dependent upon sounds made by clicking of heels on the dance floors than tap dancing.

Difference Between Modern and Contemporary Dance

Difference Between Jazz and Contemporary

Difference Between Jazz and Ballet 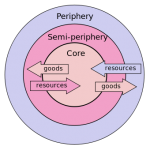 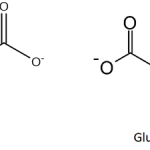 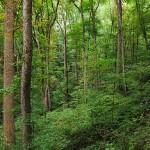 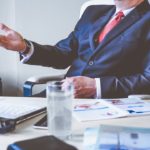