Tartan and plaid were originally meant to describe different types of clothes that were popularized by the Scottish culture. This is the kind of cloth that is used for designing kilt, which is the traditional dress designed for men in Scotland. A kilt is made of a woolen cloth with the tartan pattern. It is usually knee-length with pleats at the rear with an upper half that is draped over the shoulder and worn as a cloak. This is called a plaid. Because of this, the two terms, tartan and plaid, have become synonymous. They now refer to patterned cloth, whose pattern is the crisscrossing of horizontal and vertical bands in multiple colours.

Tartan originally referred to the type of cloth, and not the pattern. It is derived from the French word tiretain, from the verb tirer, which is a reference to woven cloth. Even as late as the 1830s, tartan was described as a plain cloth without any patterns. It was the Scots who introduced these patterns to the woven cloth, and over time, tartan became known for what it is today. In this modern age, however, tartan is no longer limited to textiles. It is also used in non-woven mediums such as paper, plastics, packaging, and wall coverings. With these new uses for tartan, it became known as the pattern itself.

In America, the word plaid is commonly used to describe tartan. Plaid is derived from the Scottish Gaelic language and originally means blanket. Plaid was the rectangular woolen scarf or cloak draped over the left shoulder of Scottish Highlanders. Today, plaid refers to any cloth with the tartan pattern. Plaid is also a term commonly used in fashion. In recent years, it has become quite fashionable to wear plaid, most common are plaid shorts and skirts. Schools have also adopted plaid patterns for their school uniforms as popularized by movies involving preparatory or Catholic schools.

What is the difference between Tartan and Plaid?

Tartan is the patterned woolen cloth that the Scottish traditional dress is made of, and plaid is the part of that dress which is draped over the shoulder.Since tartan has now become known as the pattern, its use has extended to non-textile purposes as well. Plaid, on the other hand, has flourished in recent years in the clothing industry and has gained popular recognition. The two terms, however, will always remain a testament and a symbol of Scottish tradition and culture.Tartan is a type of woven cloth. Plaid is the part of the Scottish traditional costume that is draped over the shoulder.However, plain and tartan are used interchangeably in the world today of textile and fabrics, to refer to cloths featuring crisscross patterns.

• Tartan and plaid are both taken from Scottish culture and is an important part of their history.

• They are, in modern times, interchangeable in their usage. They both now refer to a crisscross patterned cloth.

• Originally tartan refers to the type of cloth and it needed not to have a pattern. Plaid was originally known as the rectangular woolen cloak draped over the shoulder.

• The use of tartan is not limited to the textile industry as it is now being used in non-woven mediums.

• Plaid has flourished in the clothing industry and has become quite fashionable to wear. 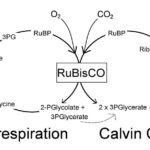 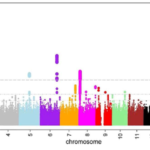