The key difference between TDP and TDT is that thermal death point (TDP) is the lowest temperature at which all microbes are killed in a 10-minute exposure while thermal death time (TDT) is the time it takes to kill a specific bacterium at a specific temperature.

1. Overview and Key Difference
2. What is TDP
3. What is TDT
4. Similarities Between TDP and TDT
5. Side by Side Comparison – TDP vs TDT in Tabular Form
6. Summary

Thermal death point refers to the lowest temperature that kills a population of a target microorganism within 10 minutes. At this TDP, all microbes are killed in a 10-minute exposure. TDP is one aspect that measures thermal death of microorganisms.  TDP is an important measurement when purifying water through boiling. The TDP of E. coli is 80 0C. It means, E. coli population in a solution can be killed within 10 minutes at 80 0C. 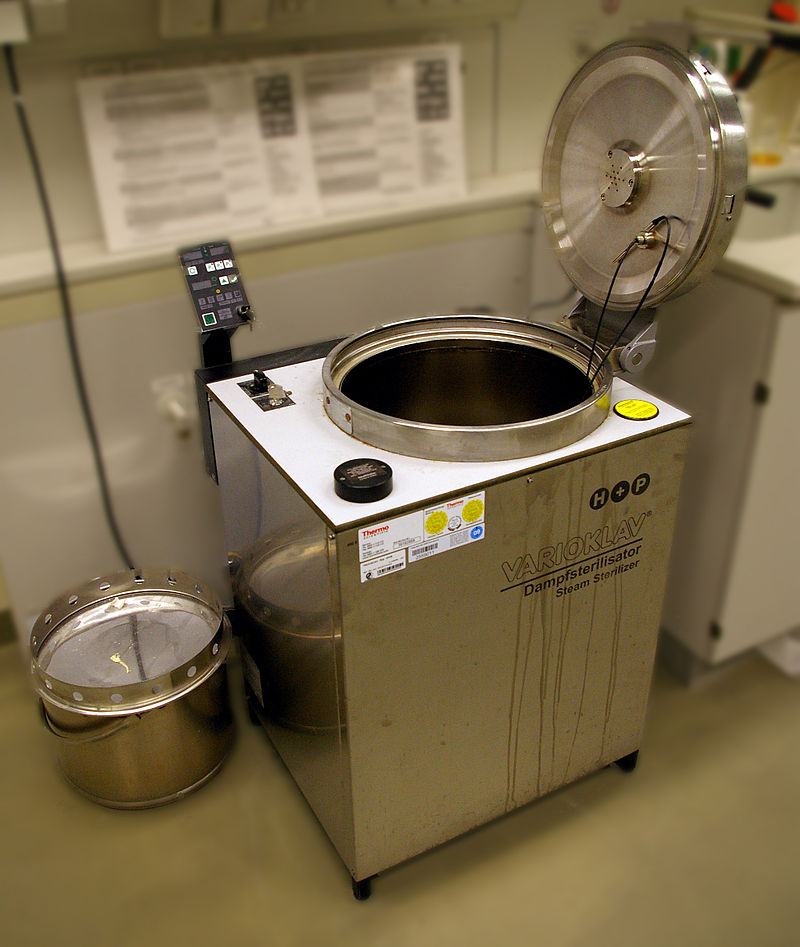 Thermal death time refers to the time taken to kill a population of the target microorganism at a specific temperature. Hence, it measures how long it will take to kill all microbes in a sample in a given temperature. It can be easily measured when the microorganisms are in a water-based solution.

Generally, the TDT of microorganisms varies because different microorganisms have different temperature tolerance levels. For example, Thermophilus aquaticus is an extremely thermophilic bacterium which is active across a wide range of temperature. It can tolerate extremely high temperatures. In contrast, E. coli is a heat-sensitive bacterium which can tolerate 4 to 45 0C and grows best at 37 0C. It cannot tolerate high temperatures. Therefore, the thermal death time of E. coli is less than Thermophilus aquaticus. Another example is that the thermal death time of B. subtilis is 20 minutes at 100 °C.

TDT can be measured using a graph or using a mathematical formula. Thermal death time calculation often uses a measurement called Z value. Therefore, Z value is the number of degree of temperature that has to be increased to achieve tenfold reduction in the D value. D value is concerned with the time taken to kill a specific number of microorganisms (around 90%) at a constant temperature.

TDT was developed for several applications at the beginning. They are food canning, production of cosmetics, producing salmonella-free feeds for animals (e.g. poultry) and pharmaceuticals, etc. Nowadays, TDT is used frequently in the food industry to ensure food safety.

What are the Similarities Between TDP and TDT?

What is the Difference Between TDP and TDT?

TDP refers to the lowest temperature needed to kill a microbial population in a liquid culture within 10 minutes, while TDT refers to the time required to kill a microbial population in liquid culture at a given temperature. So, this is the key difference between TDP and TDT. In short, TDP is a measurement of temperature, while TDT is a measurement of time.

The below info-graphic lists the differences between TDP and TDT in tabular form. 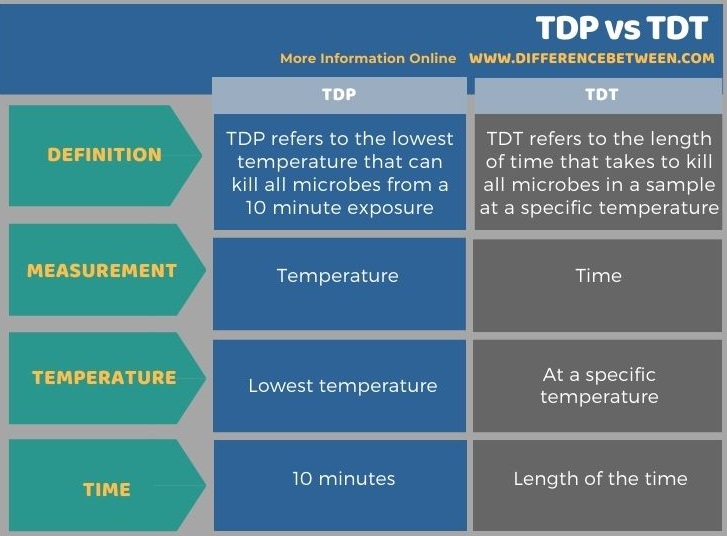 Difference Between Cyst and Spore

Difference Between Prophage and Provirus

Difference Between Ultrafiltration and Reverse Osmosis 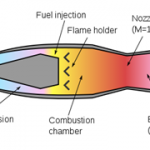 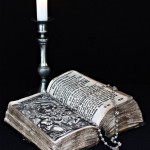 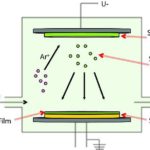