Colors are derived from the spectrum of light and is the visual perceptual property corresponding in humans, in the form of red, green, blue, yellow among others. The science of colors often referred to as chromatics, chromatography, colorimetry, or simply color science. Color and its physical specifications are associated with materials or objects based on their physical properties such as reflection, light absorption, or emission spectra. They can be identified numerically by their coordinates by defining the color space. Colors are often quantified and defined by the degree to which they stimulate the cone cells in the retina to various parts of the spectrum and a person’s perception of color stems from the varying spectral sensitivity to these cells.

However, in between the main colors, there are many other shades that are very much similar to one another yet with slight differences that are quite difficult to discern. Aqua and teal are two such colors that have caused confusion in many instances with regards to their differences.

The color aqua, a variation of the color cyan, is a greenish blue color that is more green than it is blue. Aqua, one of the three secondary colors of the RGB color model used on television displays and computers, is sometimes referred to as electric cyan due to the fact that web color aqua is identical to the web color cyan. Aqua is placed precisely between green and blue in the HSV color wheel and is often mistaken with turquoise as well since it is closer to the blue spectrum except that it is lighter with a more neon tone. However in computer graphics, the words aqua and cyan are used interchangeably and are made exactly the same way on the computer screen by combining blue and green light on a black screen at equal and full intensity.

Similar to medium blue-green and dark cyan, the color teal is a greenish-blue to dark medium low-saturated color which can be created by mixing blue with green into a white base with a hint of grey for deepening the color as desired. Coral is known to be the complementary color of teal. One of the initial group of 16 HTML/CSS web colors put together in 1987, the first recorded name of the color teal in English was in 1917.

As a color name, teal is believed to have been derived from the small freshwater member of the duck family, the Common Teal, whose eyes are surrounded by this color. A variant of teal is teal blue, which is more blue than grey. Teal is also the color of Sexual Violence Awareness and ovarian cancer.

• Although quite difficult to tell apart, there do exist quite a few differences between the colors aqua and teal.

• Teal is darker and more greenish-blue with a slight grey-metallic tinge. Aqua is a lighter blue with a certain amount of green, leaning on the blue side.

• Aqua is mostly synonymous with cyan. Teal is a darker cyan.

Aqua and teal, the two colors that go closely together, consist of the same greenish blues hues and yet, teal comes off as a darker, more somber color.

Difference Between Style and Fashion

Difference Between Henna and Mehndi

Difference Between Tailor and Seamstress 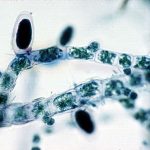 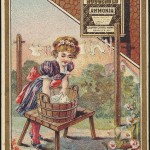 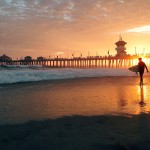 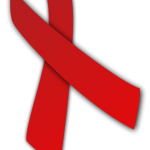