War is a very common word that brings to the minds of the readers widespread loss of lives, territory and property as when two nations are at war with each other. Through history, there have been thousands of wars between countries and who can forget the two World Wars. However, mankind does not seem to have learnt its lessons even after the nuclear holocaust that ravaged Japan during World War II. Wars continue unabatedly, and at any given point of time, there are wars between countries going on. More recently, the world has seen the Gulf War, invasion of Afghanistan and war against Iraq. Terrorism on the other hand has also spread its tentacles in many parts of the world and dozens of nations are victims of this heinous crime as they continue to bleed because of acts of terrorism. There is untold loss of property and lives in both wars and in acts of terrorism. What then is the difference between terrorism and war?

As the world grapples with the menace of terrorism in its worst form in recent times, it is pertinent to know about the differences between terrorism and war. Until 9/11, the problem of terrorism was seen as a localized one and the world was not united in its war on terror. This was due to an acceptable definition of terrorism as local insurgencies in some countries got support from many countries that sympathized with the struggles of local populations and even provided material and moral support to the insurgents, called terrorists in their own countries. The countries that were facing the wrath of terrorism were left to fend for themselves as there was no united cohesive action to deal with terrorists. But the events of 9/11 that shook the world into disbelief have meant that terrorism is today viewed as an international problem that has to be dealt with in a united, concerted manner. The very phrase used by George Bush, war on terror, signifies the importance the world attaches to eliminating the menace of terrorism from the face of the planet as fight against terrorism has now been converted into a full scale war.

Terrorism and war are both armed conflicts that lead to acts of violence and loss of lives and property. There are a lot of similarities in these two concepts but there are differences too. It all depends upon the side you are in. If you belong to the minority that is fighting for its rights and engages in acts of terrorism to make its voice heard, you would be tempted to call the struggle as a war rather than terrorism. On the other hand, if you are on the side of the administration, you will simply treat the problem as one of terrorism. The distinction between terrorism and war is not about methods, forces, reasons for fighting, or the legitimacy of the organizations sponsoring the conflict. These are all topics of heated debates that seem to head nowhere with those on the side of terrorism justifying means to an end. Many a times, terrorists are so motivated that they claim their struggle as a war of independence against an administration that they see as oppressors. But one essential difference between terrorism and war is who the targets are. In the case of a war between nations, it is the uniformed men on either side who are the prime targets of opposing forces but in the case of terrorism, the targets are often innocent citizens who have nothing to do with ideologies and these struggles.

Terrorists know that when they target civilians that are innocent, the administration will draw a lot of flak and find it difficult to answer the population. They know that innocent citizens are soft targets that can be easily as against government installations that are under heavy security. Terrorists achieve their objective of striking fear and terror which they believe will lead to their independence. On the other hand, in the case of a war, targets are known and well defined.

War has evolved through history and modern wars are conducted through military campaigns that include armed conflicts, intelligence, troop movement, propaganda, bombs and missiles. Terrorism on the other hand is gorilla warfare at best, though it is stealthy in nature and believes in finding soft targets to further political and ideological goals. The major objective of terrorists is to commit heinous crimes to attract the attention of the world to their actions so as to be able to achieve their goals.

The most common terrorist acts are car bombings, aircraft hijacking and suicide bombing to kill many people at the same time. However, the face of terrorism keeps on changing and no one knows what is going to be the next act of terrorism. The manner in which the twin towers of World Trade Center were pulverized using stolen aircrafts during 9/11 shows the length to which terrorists can go to create panic and fear in the minds of civilized societies.

While a war involves people ready to sacrifice their lives for their nation, terrorism also has people who are willing to give up their lives for a cause that they consider as noble. The major difference between terrorism and war arises from the fact that whereas wars require mass mobilization of troops and massive intelligence, a terrorist act can be carried out by a single or a group of individuals. Then there is this element of surprise which is lacking in wars. A country is prepared for action on the warfront from the enemy forces but terrorism is full of surprise and no one is aware of who is going to be the next target of a terrorist act.

Mankind has seen so many wars and the destruction caused by them that nations do not any more wars. There are international organizations in place to prevent wars through negotiations and through the use of diplomacy. On the other hand, terrorism is on the increase and has spread its tentacles to all parts of the world and no country today is immune from terrorism. Whereas wars can be prevented, terrorism is unavoidable unless there are conditions where no community or religion feels that it is being discriminated against.

Difference Between Terrorism and Crime

Difference Between Interpol and Europol 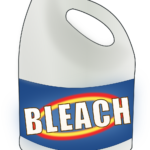 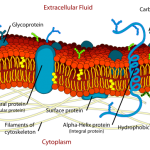