Home / People / Movements / Difference Between the Al Qaeda and the IRA

the Al Qaeda vs the IRA

It is of popular belief that the AL Qaeda was formed based on the writings of an Islamic thinker, however, down the years, it has been established that the laws maintained by Al Qaeda are in altered form and not the true representation of Islam. The Al Qaeda wants to erase all present governments of the world and replace them with the regulations created by the Al Qaeda. The aim of Al Qaeda is to create fear amongst people of the world that they have been successful in doing and take control globally.

IRA which is short for the Irish Republic Army was created with an aim of forming the Irish Republic. The aim therefore was to shake and weaken the eye that the British Government kept on Northern Ireland. Attacks in Northern Ireland for the past 30 years have been blamed on the IRA which mainly involved bombings and assassination of those in the British security forces. Most attacks in London in the 1970’s, usually car bombings was the work of the IRA, which injured and killed thousands. The IRA has maintained its funds via robberies and extortions.

Difference between Al Qaeda and IRA

Though the primary agenda of both Al Qaeda and the IRA has been the same, the motive behind the origination of the two militant organizations is different. The Al Qaeda originated after the Afghan war, when Osama bin Laden held discussions with Afghan militants, the IRA originated from Irish Volunteers, a group most active in the 1916. Al Qaeda wants to form a Muslim ruled world that which is run on the Islamic laws made by the Al Qaeda, the IRA on the other hand wants an Irish Republic by dismantling the British Government’s hold n Northern Ireland.

Though history has established the motives for both Al Qaeda’s work and the IRA’s work, the common ground as people believe is revenge for past activities by others. The activities by both the Al Qaeda and the IRA have been the same; the differences however, remain stronger.

Difference Between HSA and MSA 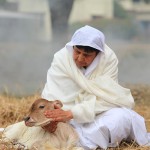 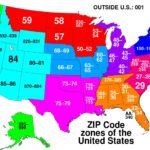