Home / Technology / IT / Programming / Difference Between throw and throws in Java

There can be mistakes when programming. A mistake in the program gives an unexpected result or it can terminate the execution of the program. Therefore, it is better to detect and manage the errors properly to execute the program correctly. An error can be of two types. They are the compile-time errors and runtime errors. When there are syntax errors, there are indicated by the Java compiler. Those are called compile-time errors. Some common compile-time errors are missing semicolon, missing curly braces, undeclared variables and misspelling identifiers or keywords. Sometimes, the program can compile properly but it can give wrong output. They are called runtime errors. Some common runtime errors are dividing by zero and assessing an element that is out of bound of an array. An exception is a condition caused by a runtime error in the program. Program execution terminates when an exception occurs. If the programmer wants to continue the execution of the remaining code, then the programmer can catch the exception object thrown by the error condition and display an error message. This is called exception handling. The code that can cause an error is place in try block and the message is in the catch block. The throw and throws are two keywords used in Java exception handling.The key difference between throw and throws in Java is at, throw is a keyword used to explicitly throw an exception while throws is used to declare an exception.

What is throw in Java? 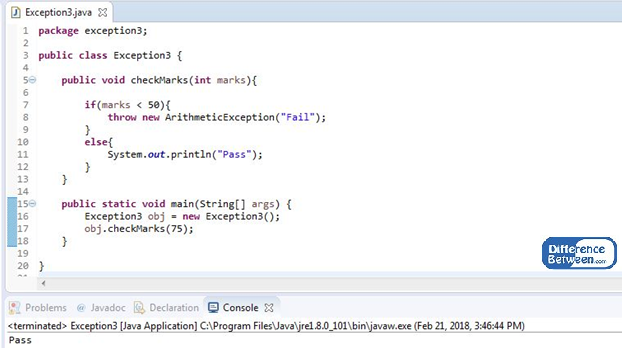 What is throws in Java?

The throws keyword is used to declare an exception. It is followed by the exception class name. e.g. – throws Exception. The programmer can declare multiple exceptions using the throws keyword.  It is used with method signature. Refer the below example. 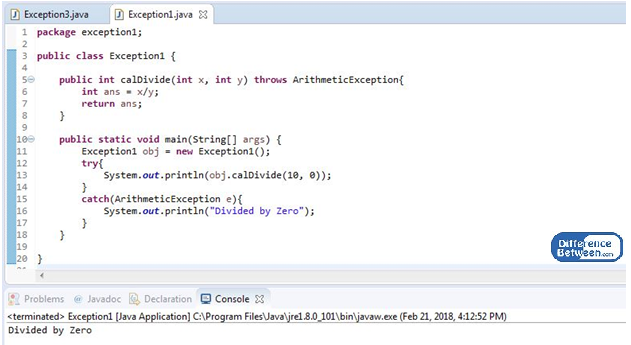 The code which can have an error is placed inside the try black. The error message is inside the catch block. The method caller identifies that certain types of exceptions could be expected from the called method. The caller should be prepared with some catching mechanism. In this situation, the throws keyword is used. It is specified immediately after the method declaration statement and just before the opening brace.

What is the Similarity Between throw and throws in Java?

What is the Difference Between throw and throws in Java?

Summary – throw vs throws in Java

Difference Between Tomcat 7.0 and Tomcat 6.0

Difference Between C and C#

Difference Between Process and Thread

Difference Between OOP and POP 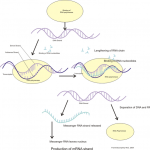 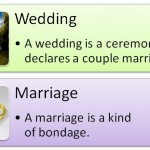