The words time and timing are used commonly by people around the world, and they reflect two very different meanings despite the element of time in them. We all know what time is, but some confuse between these two terms. This article attempts to highlight the differences between time and timing to remove all doubts from the minds of those who are not native speakers.

Look at the following sentences.

• The time is not ripe for such an action

• At what time is the plane arriving?

• The program is scheduled to start at 10 AM sharp.

• I am afraid I may not be there on time.

It is clear that time is an entity that measures the duration of an event or an action. If someone says the film was long, he is referring to the length in time. Similarly, the meaning of sentence “the match is so interesting that people wish it had lasted a bit longer” is, the fans are wishing that the duration of the match could have been a little longer. Time is also an important dimension that helps us meet our appointments and daily routine. All of us have the same amount of time that has been divided into 24 hours for our convenience, and we have to manage within this time limit.

Let us take a look at timing now.

• The timing of the shot by the batman was so perfect that, with little effort, he could hit a six.

• There was no timing between the dialogues and the actions of the comedian, which disappointed the audiences.

• The government was able to strike a chord with the people, as the timing of the law it passed was perfect.

• In gymnastics, timing is of prime essence.

It is clear from the above examples that timing is a noun that tells about the time when something happens or takes place. In fact, it is a phenomenon that helps maximize the effect. Without timing, though everything else remains the same, the mesmerizing effect is gone from the performance such as in sports, musical performance, or any other action that is keenly followed.

Difference Between Basic and Fundamental 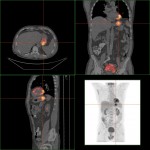 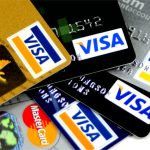