What does Translate mean?

In the field of translation, translate means putting the ideas presented in one language into another by writing. Or, in other words, translate means written translation. There are dozens, rather hundreds of languages in this world, and it is not possible for a person to understand more then 2-3 languages. Consider a conference or an international meet where representatives of different governments of nations have gathered together to share their views and opinions about a cause or an issue. When one of the representatives stands on the podium and addresses the audience, his language may not be known to others. Therefore, to make others understand what he says, his speech is translated in other languages and the copy containing native language version of the speech is kept on the table of all representatives. The person who does this translation work is called a translator. 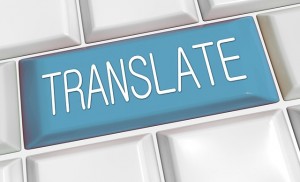 What does Interpret mean?

According to the Oxford English dictionary, interpret means “translate orally or into sign language the words of a person speaking a different language.” Or, in other words, interpret means translate orally. To further understand this fact, look at this example. Imagine a contestant in a beauty pageant being asked questions in English language, and obviously she does not know English. Then, for her help there is a person who translates the question in her own language that she now understands and answers the question. Her answer is again translated to English to enable the jury and the audience knows her views. This person is labeled interpreter and not a translator.

Other than this meaning that is exclusive for the field of translation, interpret also carries a general meaning as a verb. It means explain the meaning of (information or actions). Look at the following example.

Interpreting her silence as consent was the stupidest decision he could take.

Talking about the professionals who translate or interpret the difference between a translator and an interpreter lies in the fact that the interpreter communicates orally as he interprets and translates thorough spoken words. In interpretation no writing is involved. As such, translators have much more time at their disposal as they can think and write. At the same time, there are many similarities in the job profiles of both interpreter and translator too as both are expected to have mastery and a minimum skill level to handle the tasks efficiently.

What is the difference between Translate and Interpret?

• A translator must have the ability to understand the foreign language as well as his own language so as to write the text or speech clearly in one language from another. Translators usually translate text from a foreign language into their native language.

• Interpreter must have skills and abilities to work both ways as he has to translate back and forth at the same time. He needs good communication skills to be able to translate and interpret spoken words.

• Interpretation is not merely paraphrasing as it requires keeping the thoughts of the speaker intact while translating and conveying same thoughts in another language. 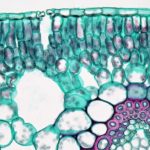