Transposons are interesting fragments or segments of DNA with the ability to change the location of the DNA strand in the form of cut and paste mechanism. Because of this mobile nature of the transposons, these are known as jumping genes. Transposons are of two major types known as Class I Transposons and Class II Transposons. Usually, the Class II type is referred as the transposons and the Class I type is referred as the retrotransposons. The processes of cutting and pasting of mobile DNA segments are regulated by the enzyme transposase. The enzyme binds to the both ends of the transposon and cuts the phosphodiester bonds of the DNA strand, isolate the transposon, move it to the target site, and bind in the new location. However, this process is interesting to understand, as some transposons can only move to certain locations only because of the incompatibility of base sequences with the target site. Genes with one end of a single strand has the same base sequence with the other end of the other single strand are transposons with sticky edges, because those can bind to the sites of the target DNA strand with the same base sequence as in the sticky ends. However, this mobility of genes can cause changes of the genotype as well as in the phenotype of the organism. Scientists invented about the transposons and genetically modified food and organisms according to the preferred customisations were then made available. Highly productive agricultural crops, antibiotics with medicinal properties, livestock animals were some of the advantageously developed products after the invention of transposons by Barbara McClintock in 1940s.

Difference Between Berries and Fruits 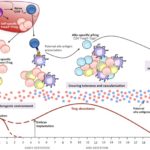