Distinguishing the difference between the tremolo and trill can often be very difficult. This is mainly because both sound the same. When speaking of music it is often very entertaining but, at the same time, it can be confusing. There are so many details in the music, and that includes all the musical instruments needed. When you focus on them, it gets baffling. Tremolo and trills are just 2 of the things that confuse a lot who has interest with playing the piano or any musical instrument. Both almost sound the same which makes it harder to distinguish between a tremolo and a trill. The difference lies in how they are notated, and if you listen closely, you will notice that there is indeed a difference.

A tremolo is the fluttering between two notes that are far apart from each other. It is also called the trembling effect of the notes. Tremolo is notated with a slash symbol. A tremolo can accentuate the music that you are playing and making it more pleasing to the ears. Musicians often create tremolo to make the sound or the music more appealing. Mostly, people would think that tremolos are just unnecessary embellishments and add-ons as an excuse for a different style. However, for musicians, tremolos gives their music extra life and excitement. Tremolos can be played by both the left and right hand; of course, you have to practice to get it in perfect timing.

Fluttering of the fingers between notes that are just a half step or whole step apart is called the trill. It may sound similar to that of tremolo but listening closely and attentively would help you in distinguishing the two from each other. A trill comes in different types: trillo, mordant, and turn. These three should be well studied so that when you play a musical score, you would easily recognize which trills are being notated. The letters TR symbolizes that a trill should be played. A trill may be difficult to play with your left hand. However, nothing is impossible with practice.

Tremolos and trills might be hard to distinguish but, by just looking at the notations, you can tell which is which. Both can produce superb music when done properly. Therefore, you have to be determined to learn. Once you nail down the technique, your music will be brought up to a different level.

What is the Difference Between Tremolo and Trill?

Definitions of Tremolo and Trill:

Tremolo: A tremolo is the fluttering between two notes that are far apart from each other.

Trill: Fluttering of the fingers between notes that are just a half step or whole step apart is called the trill.

Characteristics of Tremolo and Trill:

Tremolo: These are between notes that are far apart.

Trill: These are between notes that are just half a step, or a whole step away from each other is called trills.

Tremolo: A tremolo is notated by a slash mark.

Trill: The letters TR will indicate a trill.

Tremolo: Tremolos can be played with both left and right hands.

Trill: For trills, though, playing with the left hand might entail some difficulty. 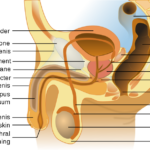 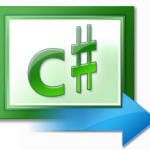