Peptic ulcers and acid reflux are two common conditions occurring in the gastro-esophageal tract. Some people mistakenly confuse with these two terms as they are referring to the same because increased acidity is responsible factor for both. This article points out the differences between peptic ulcer and acid reflux with regard to etiology, pathology, clinical presentation, complications, investigation findings and management that would help one to differentiate between these two conditions.

Peptic ulcers can occur in the lower esophagus, stomach, duodenum, jejunum and rarely in the ileum adjacent to the Mickel’s diverticulum. The ulcers can be acute or chronic.

Peptic ulcers can be resulted from a variety of causes, which are broadly categorized as due to hyper secretion of acid, decreased mucosal resistance to acid, and Helicobacter pylori infections.

Peptic ulcer disease is chronic, with remissions and relapses, which is associated with healing and reactivation of the ulcer. Clinically patient presents with recurrent abdominal pain especially in the epigastric region, relationship with food and episodic occurrence. Vomiting may be an associated feature.

Clinically patient with acid reflux can present mainly with heart burn and regurgitation. They may have increased salivation due to reflex salivary gland stimulation. Weight gain is a feature.

In long standing cases, patient might develop dysphagia probably due to benign acid stricture formation in the esophagus. The other complications include esophagitis, Barrett’s esophagus, anemia due to chronic-insidious blood loss, gastric volvulus, and adenocarcinoma of the gastro esophageal junction in more complicated cases. Any patient with long-standing acid reflux, if developed dysphagia sometime in their lifetime, should be investigated for adenocarcinoma before the diagnosis of acid stricture is being made.

Management includes life style modifications, antacids, H2 receptor blockers and proton pump inhibitors, the last being considered as the treatment of choice. In case the medical management fails, surgical options have to be considered such as fundoplication.

Difference Between Ulcer and Cold Sore 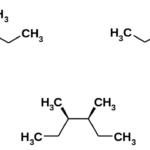 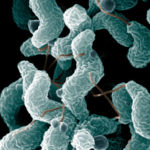