Home / Others / Difference Between UMTS and WCDMA Network Technology

UMTS and WCDMA are terms related to 3G mobile communication. While UMTS refers to the 3G network specification, WCDMA is one of the radio access technologies for UMTS.

This is the successor of 2G (GSM) network specification in which much more consideration was given for higher data rates to support a variety of applications by mobile users. UMTS uses a totally different air interface for radio communications hence different from 2G in many ways and require specialized handsets for the new networks based on UMTS. WCDMA is the air interface technology being used in UMTS networks.

The specifications for UMTS are now maintained by 3GPP with the responsibility of providing globally accepted technical specifications and standards for third generation mobile communication networks. The network architecture has a core network and access network known as UTRAN (Universal Terrestrial Radio Access Network) which consists of node B and RNC (Radio Network Controller) analogues to BTS and BSC in 2G networks. UMTS frequency allocation allows using the 2GHz range and specifically 1885-2025 MHz and 2110-2200 MHz as specified in World Administrative radio Conference in 1992.ion

Most of the features UMTS has extracted from GSM networks. GSM initialize the concept of SIM (Subscriber Identity Module) which is used in UMTS also as USIM (Universal SIM) and the network architecture has similar components as mentioned above RNC and node B in access network. also UMTS uses FDD and TDD in which FDD uses two different frequencies for uplink and downlink whilst TDD mode utilize same frequency for uplink and downlink with time multiplexing for transmission and receiving. The TDD mode is most preferred since UMTS stresses on high speed data rates for mobile applications so by allocating more time higher data rates are possible with downlink other than uplink.

This is the multiple access technology being specified for UMTS radio access interface allowing subscribers to achieve more secured communication facility with much higher data rates. UMTS utilizing WCDMA in air interface has allowed broadband communication a reality so that people can have video conferences, high speed internet access, mobile gaming, and video streaming through the mobile terminal (User Equipment).

The main feature behind WCDMA technique is that the 5MHz channel bandwidth is used to send the data signals over the air interface and in order to achieve this original signal is mixed with a pseudo random noise code which is also known as Direct Sequence CDMA. This is a unique code for each user and only the users who are having the correct code can decode the message.

Originally WCDMA uses QPSK as the modulation scheme. Data rates that WCDMA support are 384kbps in mobile environment and over 2Mbps in static environments as specified by ITU for 3G networks with data rates can carry up to 100 simultaneous voice calls or 2Mbps data speeds. 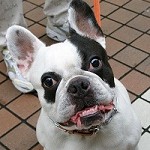 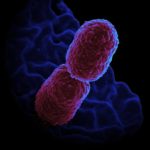