Petrol is a volatile liquid form of hydrocarbon fuel. It is isolated by fractional distillation of petroleum and is used as a fuel in the internal combustion engines. Additional compounds have mixed with petrol in order to enhance its usage in engines. Hydrocarbons like isooctane or benzene and toluene are added to petrol, to increase its octane rating. This octane number measures the ability of an engine to cause self ignition in the engine cylinders (which causes knocking). In premature ignition, when petrol and air mixture are caught before the spark is passed from the spark plug, it pushes against the crankshaft producing a knocking sound. Because of this knocking, the engine tends to overheat and loose power. Therefore, it damages the engine in the long run. Therefore, to reduce this, the octane number of the fuel has to be increased. Other than adding hydrocarbons stated above, the octane number can also be increased by adding certain lead compounds. This will increase the octane number; thus, petrol will be more resistant to self-ignition, which causes knocking. Furthermore, adding lead compounds is a cost effective and efficient way to reduce this problem.

This is a type of petrol, which does not contain lead. Lead compounds are normally added to petrol, as an anti knock agent as stated above. Lead is highly toxic to humans and other animals. When lead compounds are burned in the engine lead particles will come out with the fumes. They will be accumulated in the respiratory tracks of organisms causing health problems. In the extreme conditions, lead can be carcinogenic. Furthermore, it causes environmental pollution. Because of these reasons, lead containing petrol are now banned from usage and replaced by unleaded petrol. Unleaded petrol does not produce harmful fumes containing lead.

Various strategies have been used to eliminate the knocking problem in vehicles by using unleaded petrol. One solution is by adding aromatic hydrocarbons to increase the octane rating. However, this octane rating is little lower than in leaded petrol. Another way is to produce engines, which do not cause pre ignition, and car manufacturing companies have produced engines with better fuel burning techniques. Cars with catalytic converter are an example, and these cars use unleaded petrol.

Difference Between Unleaded and E10 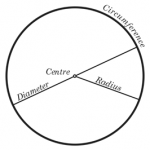 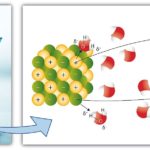 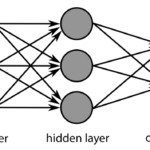