Uranium 235 is the second most abundant isotope and makes up to nearly 0.7% of the earth’s Uranium content. A nucleus of this contains 92 protons and 143 neutrons: 3 neutrons less than the U-238 which makes it slightly lighter. Its half-life (Time taken to half the original sample through nuclear decaying) is nearly 704 million years, which indicates faster nuclear reactivity through alpha decay than its fellow isotope. Uranium 235 readily undergoes fission (acquiring a neutron and the nucleus splitting into two). This gives it the ability to initiate nuclear fission chain reactions.

Uranium-238 is the most abundant isotope making up to about 99.3% of the earth’s Uranium content. The “238” indicates that the nucleus contains 92 protons and 146 neutrons collectively making a mass of 238. Its half-life is about 4.5 billion years, which indicates very slow nuclear activity. Nuclear fission reaction is slower in U-238. However, it is able to capture a neutron, perform 2 beta decays and become Plutonium-239 which can readily undergo fission.

What is the difference between Uranium-235 and Uranium-238?

• Uranium-235 is less abundant when compared to Uranium-238.

• Uranium-235 has a shorter half-life than Uranium-238; therefore, fission and alpha decay is more favorable in Uranium-235, compared to Uranium-238.

• Considering nuclear reactivity of the original materials, Uranium-235 is highly reactive than Uranium-238.

• Depending on the nuclear reactivity, Uranium-235 can be used directly as a nuclear fuel, but Uranium-238 can only be used via conversion to Plutonium.

• Uranium-235 is considered “infertile” and Uranium-238 as “fertile” because it can be converted to Plutonium, another radioactive substance.

• Uranium-235 can initiate a fission chain reaction but Uranium-238 cannot.

Difference Between Alpha and Beta Decay

Difference Between Crude Oil and Petroleum 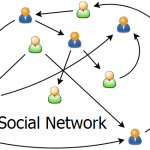 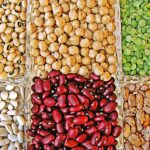