In plain language, it can be described as the average of the squares of the distance between each data point and the mean of the distribution. Following formula is used to calculate the variance.

Variance has some signature properties, and often used in statistics to make the usage simpler. Variance is non-negative because it is the square of the distances. However, the range of the variance is not confined and depends on the particular distribution. The variance of a constant random variable is zero, and the variance does not change with respect to a location parameter.

Covariance of two random variables X and Y, which are jointly distributed with finite second momentum, is known as σXY=E[(X-E[X])(Y-E[Y])]. From this, variance can be seen as a special case of covariance, where two variables are the same. Cov(X,X)=Var(X)

What is the difference between Variance and Covariance?

• Variance is the measure of spread/ dispersion in a population while covariance is considered as a measure of variation of two random variables or the strength of the correlation.

• Variance can be considered as a special case of covariance.

Difference Between Variance and Standard Deviation

Difference Between Correlation and Covariance

Difference Between Numeracy and Mathematics

Difference Between Bar Graph and Histogram 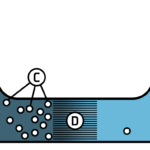 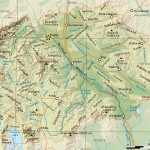