What is a vector?

A vector is a physical quantity having both, a magnitude and a direction. For example, a force acting on a body is a vector. Displacement of an object is also a vector since the distance in a specific direction is taken into account when calculating the displacement.

Two vectors are equal when they have the same magnitude and direction. For example, assume two vehicles, one moves with a speed of 30 km/h towards North, and another vehicle moves with a speed of 30 km/h towards West. Then the velocities of the two vehicles are not equal, since the direction of the velocity vector is not the same. Had both the vehicles moved towards North then the velocities would have been the same.

What is a scalar?

A scalar is a physical quantity having a magnitude but no direction. For example, volume of an object, temperature of a point in space, and work done to accelerate a vehicle are all scalars, since none of them is characterized by a direction. Therefore, equality of scalars is defined from magnitude only.

Difference Between Arraylist and Vector

Difference Between Subset and Superset 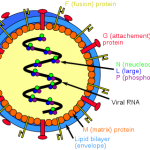