Viharas and Chaityas are two words that are associated with the temple architecture in South Asia. It is very important to know about the difference between the two words. Chaityas normally refer to the halls enclosing the stupas. As a matter of fact there were a number of chaityas constructed by the kings and emperors of India that can be cited as examples.

The Sudama and the Lomas Rishi in the Barabar hills and the Sita Marhi in the Nagarjuni hills can be cited as the best examples of the Chaityas. It is important to know that the chaityas are similar to the wooden buildings of the times they were built. When the days passed by more and more syles of chaityas developed such as rock-cut chaityas.

It is very interesting to note that many rock-cut chaityas were developed from the earlier style and can be seen in other states of India such as Andhra Pradesh, Kathiawar in Gujarat and in Ajanta and Ellora.

Viharas on the other hands are constructions that were constructed in ancient India in order to provide resting places for the wandering Buddhist monks. This is the main difference between viharas and chaityas. The first viharas were made of wood and many later styles developed later. Some of them appeared like thatched huts. It is interesting to note that many viharas later turned into educational institutions meant for higher learning in Buddhism.

It is interesting to note that viharas were really made use of by the Buddhist monks as resting places in the early times. On the other hand the great place of learning called the Nalanda was once believed to be a very famous vihara that was constructed mainly for the purpose of providing dwelling to the wandering Buddhist monks.

Difference Between Heaven and Earth 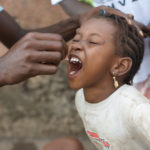