This article presents you the meanings of virtue and vice and the key difference between virtue and vice. Both terms, virtue and vice, deal with human behavior in such a way that they explain the good and bad characteristics of humans. That means, virtue stands for the good deeds and thoughts of humans whereas vice indicates bad or evil side of people.Virtues and vice can be seen in humans and these are not innate characteristics. When a person grows older, s/he cultivates both virtues and vice according to his/her wish. Thus, a person does not become virtuous by birth but his/her actions decide whether s/he is good or bad.

Virtue can be defined as a behavior or attitude that shows high moral standards. In simple terms, we can identify virtues as good deeds and thoughts. Love, compassion, kindness, charity, courage, loyalty, justice, etc. are some examples for virtues. It is said that virtues bring happiness and goodness to the hearts and they are seen as useful and attractive qualities in a person. Virtues or “good” qualities are the means for happiness. When we do a good deed, it brings solace to the mind. Virtues make it easier for people to live in a community together since everybody shares values that carry a sense of moral responsibilities.

Moreover, the word Virtue denotes another meaning as well. Virtue can mean an advantage too. For example, see the following sentence:

“They saw no virtue in going to the meeting.”

Here, the meaning of the sentence is that they did not see any benefit in going to the meeting.

Now, let us have a look at vice. This is the opposite of virtue. Vice stands for the bad or immoral behavior or thoughts of a person. These are also acquired qualities. A person becomes wicked or evil due to his/her cultivated values and these make him/her a deviant in the society. Virtues are, usually, seen as assets in one’s life whereas vice are seen as deficiencies in life. That means, if a person possesses good qualities, those qualities add a great moral value to him/her. In contrast, if a person cultivates bad qualities in his/her character, those qualities bring dishonor or rejection in the society. Cruelty, unkindness, greed, vindictiveness, malice, etc. can be taken as some examples of vice. When majority in a community are immoral and evil, it makes lives of the citizens uneasy and unhappy. There may not be integrity and peace in that society. 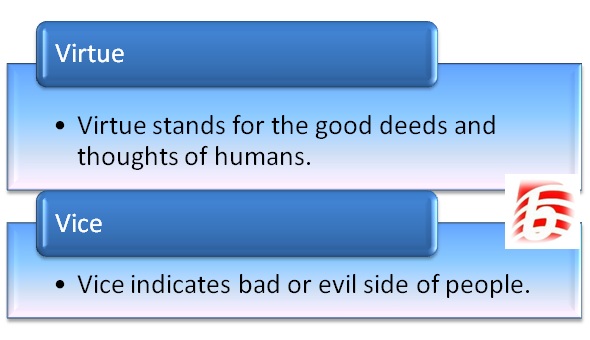 What is the difference between Virtue and Vice?

• Virtue stands for the good deeds and thoughts of humans whereas vice indicates bad or evil side of people.

• Since both virtues and vice are acquired qualities, a person can have a choice in selecting one over the other.

• Moreover, virtue brings pleasure whereas vice said to be brought sadness in one’s life. Each virtue has its opposing vice.

In conclusion, it is obvious that always a person has a choice and everything depends over the choices that person makes. All communities and religions encourage virtues over vice and virtues always reward people whereas vices are refused by all.

Difference Between Value and Virtue

Difference Between Chancellor and Vice Chancellor

Difference Between Pansexual and Bi 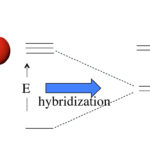