Vitamin D helps the body to maintain the level of Calcium and is essential for bone health. It also maintains the Phosphorus level in the human body. The fat soluble vitamin D is also called the ‘sunshine vitamin’ since it is synthesized in the body on exposure to sunlight.

Vitamin D is found in three different forms. Cholecalciferol or Vitamin D3 is the naturally occurring one and is the most effective form of vitamin D. However, the general term Vitamin D includes the chemically modified forms and metabolic products such as calcidiol and calcitriol.

With the increased use of sunscreens, minimum exposure to sunlight and the absence of sunshine in the colder climates, it has become a necessity to include supplements to diet to compensate for the daily intake requirement of Vitamin D. These non prescription dietary supplements include Vitamin D3 as well as Vitamin D2 or ergocalciferol. The comparison of Vitamin D and Vitamin D3 essentially includes the comparison of features of vitamin D2 and Vitamin D3.

Each of the molecules has specific functions, metabolic pathways and attributes although the term Vitamin D proves generic.

As said, Vitamin D nutritional supplements include Cholecalciferol (D3) and Ergocalciferol (D2). This is the naturally occurring form of Vitamin D in human. It is a precursor for many hormones and hence referred to as ‘prehormone’. The vitamin is found in dairy products, fortified milk, sea food, etc.

The vitamin is essential for the maintenance of bone health and the deficiency causes softening of bone tissues leading to a condition called ‘Rickets’ in children and ‘osteoporosis’ in adults. The WHO has reported osteoporosis as a major global health care problem, second only to cardiovascular issues. Maintaining a balanced diet with Vitamin D will help to prevent the disease. The dietary recommendation of vitamin D varies from 5-15 mcg/day depending on your age and body weight. Specific conditions such as pregnancy, maternity, old age etc required additional dosage.

Although the vitamin can be manufactured by adequate exposure to sunlight, this is not practical since the incidence of skin cancer and associated risks are on the rise. So it is advisable to include the vitamin as a supplement in diet.

When it comes to supplements, most doctors prefer the naturally occurring form. Since it is easily available from various food sources and undergoes the usual metabolic pathway in human, there are no side effects to the D3 supplements.

Research has proven that supplements of vitamin D3 together with Calcium can decrease the risk of bone fracture in geriatric patients. There has been proven incidences of the protective effect of vitamin D3 against colon, prostate and breast cancer in elderly people.

Vitamin D2 is the other form of vitamin D which is derived from ergot fungus. The ergocalciferol (D2) is not naturally occurring and hence can have a bit of side effects. This form undergoes metabolism in human and is converted to other products like calcitriol. Calcitriol is the most active metabolic form which is involved in the maintenance of calcium and phosphorus levels in the body.

It is of plant origin and commonly found in supplements. Ergocalciferol is used in treating refractory rickets (vitamin D resistant rickets), hypoparathyroidism, and familiar hypophosphatemia. It is also found effective against psoriasis.

The vitamin has several regulatory functions such as P-Ca metabolism, ossification process, and absorption of amino acids in renal tubules in kidneys.

Difference between D and D3

Vitamin D3 is naturally occurring whereas vitamin D2 is derived from plant. Hence the metabolic pathways are different and so does the use of metabolic products in the pathway. The only metabolic product of ergocalciferol which has some purpose in human body is Calcitriol. Other products do not serve any functions and need to be metabolized for elimination. Ergocalciferol is found only in tiny fractions even in plants.

Vitamin D3 needs smaller doses since the potency is higher. The dose needed to elicit a response is inversely related to the potency. Vitamin D3 can elicit the responses faster. Studies have indicated a dietary dosage of 4000 I.U is enough to meet the daily requirement for a normal adult. It means that the vitamin is effective in microgram quantities. Vitamin D2 requires more doses and takes longer duration to induce a physiological response. Vitamin D2 is found to be only half as potent as the vitamin D3 form.

Cases of overdose of D3 supplement is rare where as the incidence of hypervitaminosis is a little higher for ergocalciferol (D2) supplements when compared to D3 vitamin. The body metabolizes D2 more quickly than vitamin D3 and this can be the cause of such side effects.

Although the two forms of vitamin D are available and are prescribed, when the side effects and benefits are weighed and analyzed, vitamin D3 stands the test. Since this is naturally occurring, the incidence of adverse drug effects is rare and is the biggest plus point. Vitamin D2 supplements hence must be limited to extreme or special cases of metabolic failure as in a genetic defect.

The essential difference in the two is simple. When you take vitamin D2 you are in fact taking a drug and with a Vitamin D3 supplement you are consuming a dietary additive.

Difference Between Distance and Displacement

Difference Between Objective and Subjective 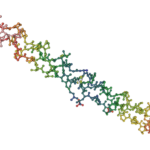 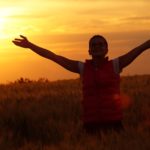 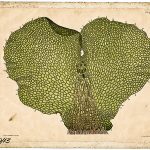 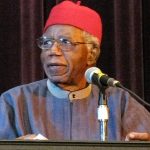