Vitamin K is a fat soluble vitamin which is hydrophobic in nature and is absorbed in the intestines via chylomicrons. Vitamin K levels are maintained in the body by the vitamin K cycle. Vitamin K cycle regenerates the vitamin with the availability of minute amounts. The vitamin K epoxide cycle, oxidizes Vitamin K, facilitating the carboxylation of Glutamic acid residues in vitamin K dependent proteins, which are blood clotting factors. Thus, the main function of vitamin K is helping in blood clotting. There are two main forms of Vitamin K, namely Vitamin K / Vitamin K1 and Vitamin K2. The key difference between vitamin K and vitamin K2 depends on the origin of the two vitamin forms. Vitamin K are plant based derivatives of vitamin K whereas Vitamin K2 are synthesized by microorganisms and frequently found in fermented products and animal based food products.

What is Vitamin K?

Vitamin K, also referred to as vitamin K1 or phylloquinone, is the predominant form of vitamin K that naturally exists in most dietary forms. Phylloquinone is synthesized by plants and is present in almost all green leaves. Vitamin K1 structure is composed of a ring of 2-methyl-1, 4-naphthoquinone and an isoprenoid side chain. It is a light yellow viscous liquid or a solid. It is stable in air and moisture but loses its stability upon exposure to sunlight.

Vitamin K contributes towards carboxylation of glutamic acid residues in proteins which are involved in the process of clotting. This is the major function of vitamin K.

What is Vitamin K2?

Vitamin K2, also referred as Menaquinone, participates in the carboxylation of glutamic acid similar to Vitamin K1. But vitamin K2 is synthesized mainly by gut microflora. Gut microflora is the microorganisms which reside in the gut. Thus, vitamin K2 is present in fermented food and animal based products. Chemically, it is named as 2-methly-3-all-trans-polyprenyl-1,4–naphthoquinone and is more stable compared to Vitamin K1. Vitamin K2 is mainly involved in maintaining calcium homeostasis and prevent the deposition of calcium in arteries and bones.

Vitamin K requirement is balanced by consuming a minute quantity through diet as it can be synthesized through the gut microbiota. Hence, the daily dietary requirement for Vitamin K2 is less compared to other vitamins.

What are the Similarities Between Vitamin K and K2?

What is the Difference Between Vitamin K and K2?

Vitamin K is a vitamin with potential health benefits as it is a vital factor for the blood clotting process and calcium homeostasis. Through the activation of the vitamin K epoxide, antioxidants such as glutathione are also activated, which adds on to the functional properties of vitamin K. Due to its vital role in human physiology, its presence is essential and this is balanced by a natural phenomenon where gut microbiota synthesizes vitamin K2, an isoform of vitamin K. In addition, the dietary vitamin K1 is constantly cycled through the vitamin K epoxide cycle to regenerate the active form of vitamin K. Thus, vitamin K deficiency is the least common vitamin deficiency.

Difference Between Fiber and Dietary Fiber

Difference Between Yaz and Beyaz

Difference Between SSRI and SNRI 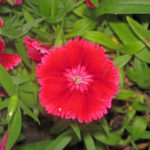 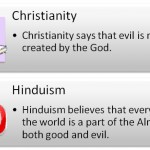