Animals being born to the world, primarily to perform reproduction that ensures their existence. The way they being exposed to the challenging world are of five types. In other words, there are five modes of reproduction in animals. Viviparous and oviparous are two of those modes. This article explores the most important and interesting features of the two reproductive methods and additionally discusses the differences between those.

Viviparous is an adjective that is used to describe the animals being born from a mother. As the meaning of the term elaborates, it will be clear to understand that viviparous animals have been nourished inside the body of a female, the mother, during the embryonic developments take place. All the requirements for the developing embryo such as nutrition, shelter, and protection are provided from the mother. It would be important to state that the waste generated from the biological processes of the developing embryo has been managed inside the mother’s womb. Internally fertilized foetuses develop into embryos and eventually become newborns through viviparity. In other words, the location where the fusion of maternal and paternal genes takes place in viviparous animals is inside the female.

It would be interesting to know that there are plants showing viviparity (e.g. mangroves). The germination of the seed takes place inside the tree before those being detached from the tree. A complete young form of a plant is developed inside the plant following a successful fusion of genetic materials. In addition, some plants such as jackfruit show germinations that are almost similar to viviparity, where the seed has been germinated while the ripening of the fruit takes place, yet the required moist condition has only been mimicked as in moistened soil. Viviparity could be described as a highly developed mechanism of embryonic development since it is blessed with a great shield of protection from the mother while the young ones are susceptible for all the problems from the outside world.

Animals being born following the development inside an egg are referred with the adjective oviparous. Most of the animal species belong to the oviparous category. Usually, the egg is covered with a hard shell, to ensure the physical protection for the developing embryo. The hardening of the shell takes place naturally after the maternal genes are entered into the ovum or egg. The fusion of genetic materials takes place following a successful mating between an adult male and an adult female. The fertilization is usually external in oviparous animals, where the female lays eggs and sperms being ejaculated by the male, to fertilize. It should be noted that eggs and sperms are being let out in an aquatic environment as otherwise those could not survive (e.g. amphibians and fish). This could draw a serious problem for totally terrestrial animals such as birds and reptiles who have limited access to water. Therefore, they have evolved with the fertilization technique that mimics internal fertilization; the male inserts the penis into the vagina and copulation takes place, and the egg or eggs being let out by the female. Usually, internally fertilized oviparous animals lay only one egg while externally fertilized amphibians and fish lay numerous eggs. However, the male has to let out a large cloud of sperm in both cases. Oviparity is found in almost all the invertebrates as they all lay eggs and let the embryonic development take place inside the eggs.

What is the difference between Viviparous and Oviparous?

• Oviparity is more common among animals than the viviparity.

• Viviparity can be found in both plants and animals, but oviparity is present only in animals. 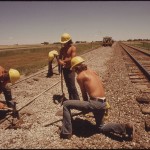 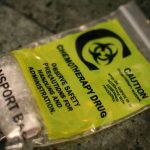 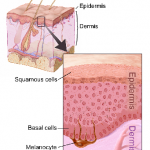 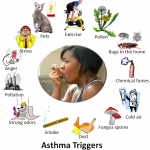