Volatility is the tendency of a substance to vaporize. Therefore, volatile substances go into the vapor phase easier than the nonvolatile substances. However, this vaporization may take place with or without heating. The reason for the high volatility is having a high vapor pressure at normal room temperature.

What are Volatile Acids? 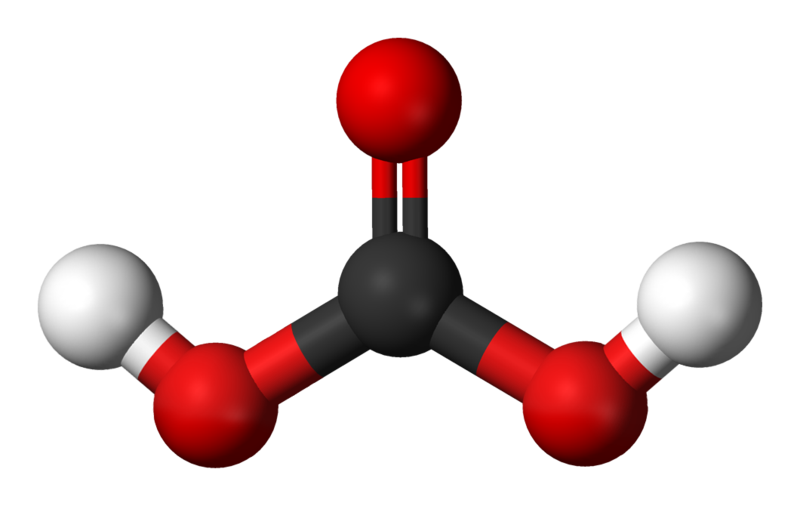 Furthermore, the term volatile acids mainly refer to organic acids that form inside our body due to digestion, diseases or metabolism and also these acids may exist in grape juice, musts and wine. Particularly, carbonic acid is a volatile acid that forms inside our body form carbon dioxide. Moreover, the excretion of this acid is via lungs.

What are Nonvolatile Acids?

Nonvolatile acids are chemical compounds that cannot undergo vaporization rapidly. That is mainly because the vapor pressure of the acid at normal room temperature is not high enough to vaporize easily. Therefore, we can name them as fixed acids or metabolic acids because, mainly, our body produces these acids from sources other than carbon dioxide. i.e., the incomplete metabolism of carbohydrates, fats and proteins produce these acids. Except carbonic acid, most of the acids that our body produces are nonvolatile. Also, the excretion of these acids is via the kidney. 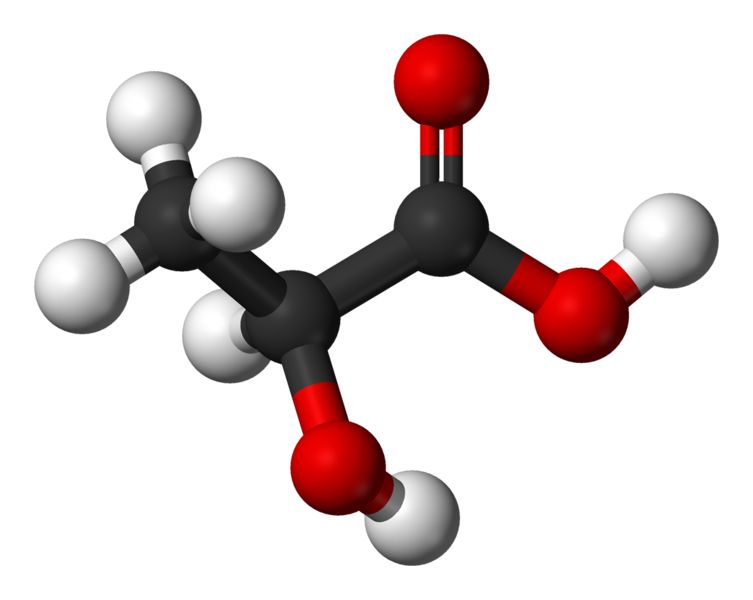 Figure 02: Lactic Acid – a Nonvolatile Acid that is produced inside our Body

The reactions that can cause the production of Nonvolatile acids are as follows:

What is the Difference Between Volatile and Nonvolatile Acids?

The below infographic shows the difference between volatile and nonvolatile acids in tabular form. 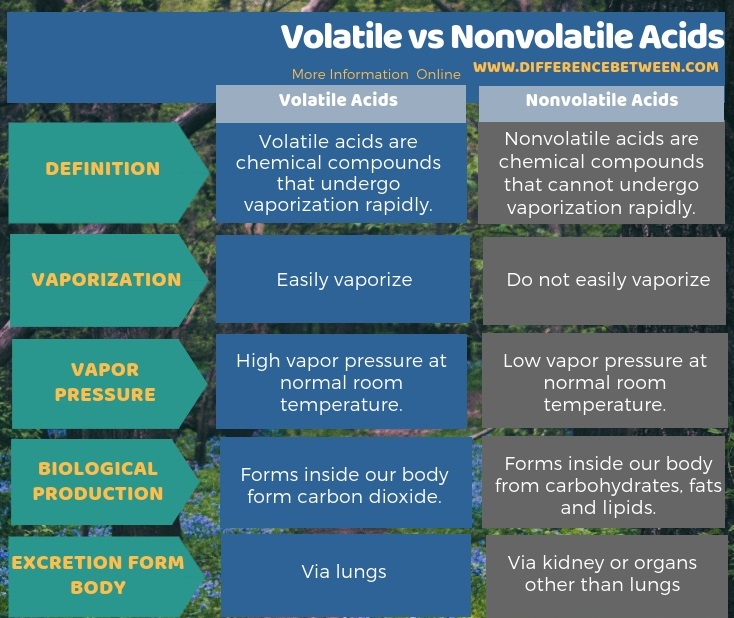 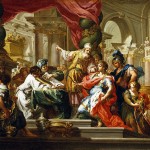 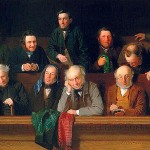