Wasp and bee are two groups of hymenopterans with distinctive features exhibited between them. Therefore, understanding the differences is interesting and knowing their characteristics would enhance the process. This article presents information on both wasps and bees (honeybees) and performs a comparison between them, as well.

Wasps are insects of the Order: hymenoptera and Suborder: Apocrita. There are more than 300 types of wasps and most of them are parasitic forms. All the wasps have slender thin body, narrow waist and are shiny looking. Yellow jackets, bald faced hornets, and paper wasps are some of the most common among wasps. However, there are other wasps in different colourations. Wasps have two pairs of wings. They have a venomous sting, which they use as a weapon to protect themselves from the attackers. Their females have an ovipositor, which is a tube-like structure developed especially for laying eggs. Interestingly, wasps are predators of other insects, but sometimes they feed on overripe fruits and some sugary drinks, as well. They do not have a pollen basket, and their long legs are visible while their flight. Wasps have been a common problem for many people, because they build their nests around human habitation, especially inside houses. The problem with their nests is that they could be life threatening if they are being disturbed.

Honeybees belong to the Genus: Apis, which contains seven distinctive species with 44 subspecies. There are three groups of them described with seven species. Honeybees originated in South and South-East Asian region and now they are widespread. Their sting present in the abdomen is the greatest weapon for protection. It is evolved to attack other insects with a thicker cuticle. The barbs on the sting are helpful in penetrating the cuticle during attacking. However, if bees attack a mammal, the presence of barbs is not vital, as the mammalian skin is not that thick as in an insect. During the stinging process, the sting detach from the body leaving the abdomen damaged severely. Soon after a stinging, the bee dies, meaning they die to protect their resources. Even after the bee has been detached from the skin of victim, the sting apparatus keeps delivering the venom. Honeybees, like most of the insects, communicate through chemicals, and the visual signals are predominant in foraging. Their famed Bee Waggle Dance describes the direction and distance to the food source in an attractive way. Their hairy hind legs form a corbicular, aka pollen basket, to carry pollen to feed the young. Beeswax and bee honey are beneficial in many ways for the man; therefore, beekeeping has been a main agricultural practice among people. Naturally, they like to make their nests or hives underneath a strong branch of a tree or inside caves. 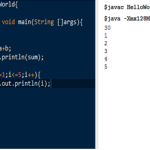 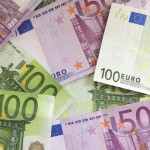 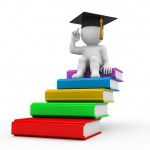