The key difference between wasp and hornet is that hornets possess larger, more rounded abdomens and wider heads compared to wasps.

wasp and hornet are two insects that belong to Vespidae family. It is important to know how to identify the difference between wasp and hornet since hornets are extremely venomous and their multiple stings can be fatal to humans.

1. Overview and Key Difference
2. What is a Wasp
3. What is a Hornet
4. Similarities Between Wasp and Hornet
5. Side by Side Comparison – Wasp vs Hornet in Tabular Form
6. Summary

What is a Wasp?

Wasps are insects of the Order: hymenoptera and Suborder: Apocrita. There are more than 300 types of wasps and most of them are parasitic forms. All wasps have slender thin bodies, narrow waists, and shiny looks. Yellow jackets, bald-faced hornets, and paper wasps are some of the most common types of wasps. However, there are other wasps in different colourations. Wasps have two pairs of wings. They have a venomous sting, which they use as a weapon to protect against attackers. Their females have an ovipositor, which is a tube-like structure developed especially for laying eggs. 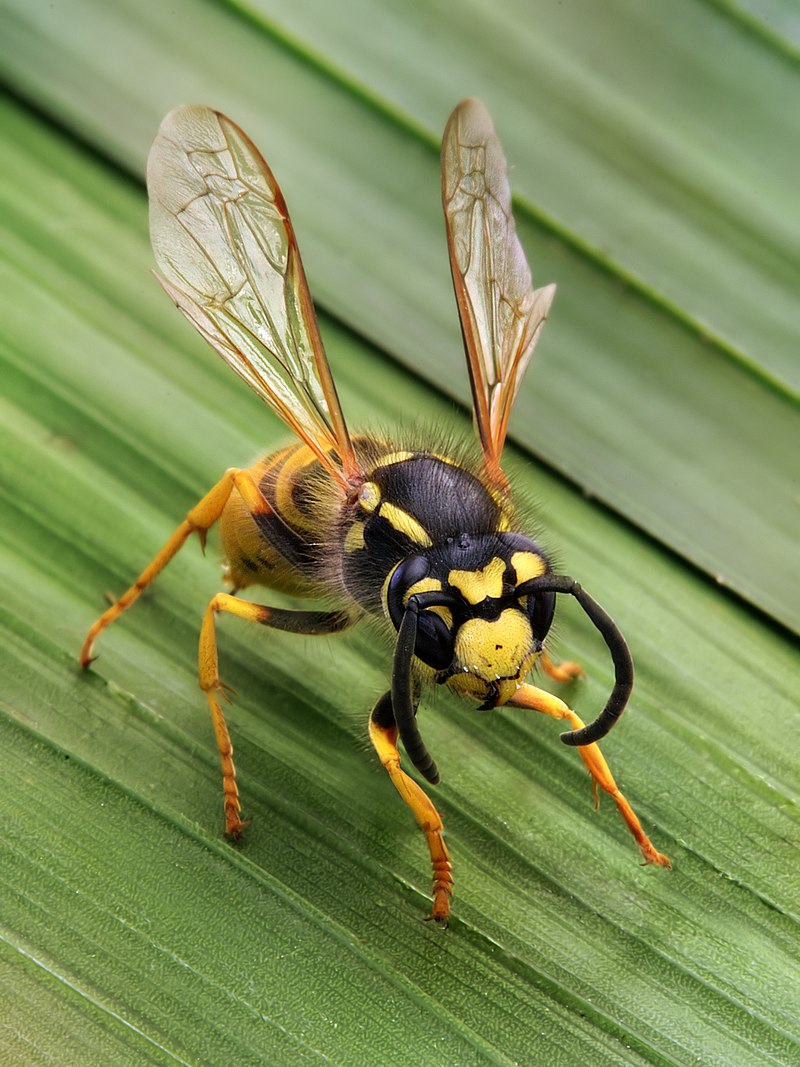 Wasps are a common problem for many people since they build their nests around human habitation, especially inside the houses. They make their nests in different sizes, but usually, these are large and more round or pear-shaped and paper-like in texture. Wasps can be threatening if they are disturbed.

What is a Hornet?

Hornets are a type of wasps and the largest of all vespids. Usually, they are about 3.5 cm in body length, but sometimes they can be over 5.5 cm. The genus Vespa is made up of the true hornets. The round section of the abdomen just behind the waist and the width of the head (behind eyes) are unique in wasps. Hornets can be terribly dangerous to many animals including humans, as they are venomous. In fact, the Asian giant hornet is the most venomous hornet in the world, and they can easily kill a man from their multiple stinging. 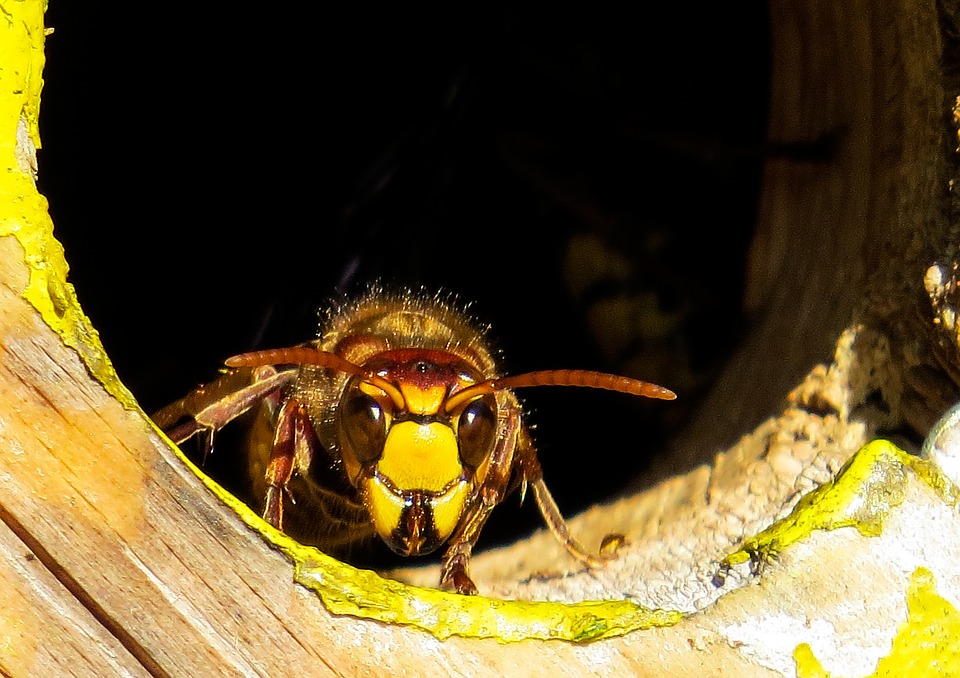 Unlike many wasps, hornets are not attracted towards light sources in the night. This makes them smarter than the other insects. Hornets usually build large to very large nests, in sheltered places or on strong branches.

What are the Similarities Between Wasp and Hornet?

What is the Difference Between Wasp and Hornet?

Wasp is a stinging insect of the order Hymenoptera. Hornet is a type of wasp that is very aggressive and larger in size. Wasps feed on both insects and some sugary plant matter whereas hornets are exclusively insectivorous. Hornets are more venomous than wasps. In addition, wasps build their small umbrella-shaped nests in protected places while hornets make their nests extremely large and in sheltered positions. 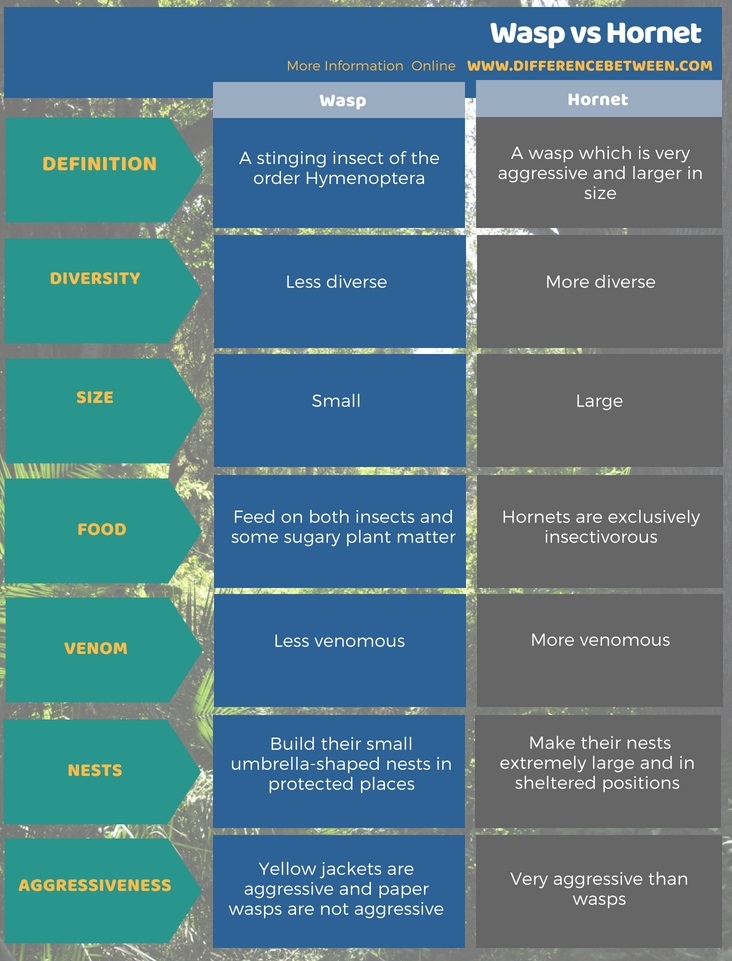 Wasp is any insect of the family Vespidae. Wasps include hornets, yellow jackets, paper wasps etc. Hornets are larger in size than yellow jackets and paper wasps. They are also very much aggressive. They have a large rounded abdomen and wider head than other wasps. Their sting can be fatal to humans. This is the difference between wasp and hornet. 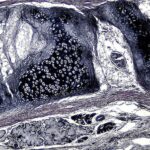 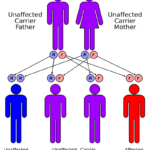 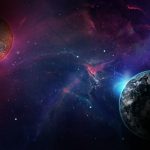