Watts and volts are terms used while studying electricity in physics and many find it confusing to understand the relationship between the two as well as their differences. This is because these are characteristics of electricity which we cannot see. It is easier to understand concepts about things that wee can see. However, it is easy to differentiate volts and watts if we draw an analogy.

The three properties of electricity, namely current, represented by amperes, potential difference, represented by volts, and the rate at which electricity is being used, represented by watts, can be measured. Now consider a garden hose that is constantly throwing out water. The pressure of water in the pipe can be taken as volts (voltage), the amount of water flowing can be taken as amperes. Here watts would be the volume of water flowing out of the pipe per unit time, or second. Any appliance that uses higher quantity of current needs higher voltage to operate. This means that appliances that have higher wattage or consume more electricity require more current per unit time than small appliances that consume lesser amount of electricity. If higher voltage is not made available to such an appliance that has high wattage rating, it would be starved and not able to operate as it is not getting the amount of current it requires.

The relationship between volts and watts is expressed through this equation

Thus it is clear that an air conditioner which has a substantially higher wattage than a CFL would draw in more amperes for its operation and thus is more expensive as far as its running cost is concerned.

Voltage supplied in homes is standard for a country but varies from country to country. It is either 120 volts or 240 volts. This means that the amount of current drawn by different appliances depends upon their wattage and you can use the same electricity lines to charge your cell phone or an air conditioner. 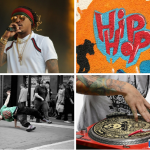