Wavelength and wavenumber are two very important concepts discussed in physics and various other fields. Wavelength is the distance between two consecutive points which are in the same phase. Wavenumber is the number of wavelengths in a given distance along the propagation of the wave. These concepts are very important in fields such as electromagnetics, analytical chemistry, physical chemistry, waves and vibrations and various other fields. In this article, we are going to discuss what wavelength and wave number are, their definitions, and finally the difference between wavelength and wavenumber.

Wavelength is a concept discussed under waves. The wavelength of a wave is the length where the shape of the wave starts to repeat itself. This can be also defined using the wave equation. For a time dependent wave equation ψ(x,t), in a given time, if ψ(x,t) is equal for two x values and there are no points between the two values having the same ψ value, the difference of x values are known as the wavelength of the wave.

Another definition for wavelength can be given using the phase. Wavelength is the distance between two consecutive points of the wave that are in the same phase.

The other form is the number of wavelengths per 1 cm. This definition is widely used in chemistry. This wavenumber is usually denoted by “ν” (the Greek letter Nu), and it is known as the spectroscopic wavenumber.

Difference Between Diffraction and Refraction

Difference Between Wavelength and Frequency

Difference Between Wavelength and Amplitude 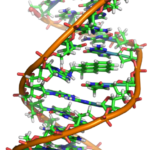 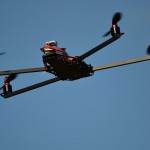