Moon is a satellite of earth that rotates around it and completes one rotation in about 29.5 days. From any point on earth, we can see only a part of the moon and not the complete moon. As moon travels around the earth, the amount of light that falls upon it from the sun grows larger and smaller depending upon its position and distance from the sun. These phases of the moon are called waxing and waning moon. This article attempts to highlight the differences between waxing and waning moon to enable readers to know if the moon is waning or waxing at a given point of time.

Half of the moon is always lit up by sun’s light, but we see only a portion of this lit up moon. This is called the phase of the moon. This is the shape of the moon as it is visible to us from earth. In a lunar month that is 29 days long, there are 8 phases of moon that are related with how much of the moon we are able to see. Moon goes through all these phases in its cycle of 29.5 days. We see 2 full moon phases in these 29 days, and there are also 2 new moon phases when we cannot see any portion of the moon lit up by the sun. When we are able to see the entire lit up portion of the moon, we call it full moon, and when we cannot see any of the lit up portion, we call it new moon. The moon takes different shapes from new moon to full moon when it is waxing and then it again takes several shapes when it is waning.

• Waxing is the phase of the moon when it is growing in size from new moon to full moon.

• Waning is the shrinking phase of the moon when it is decreasing in size from full moon to new moon when it cannot be seen at all by us.

Difference Between Astrophysics and Astronomy

Difference Between Planet and Moon

Difference Between Atmosphere and Space

Difference Between Waxing and Sugaring 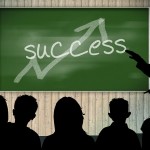 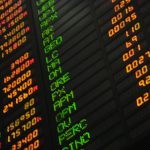