Proteins are one of the most abundant and useful macromolecules on earth. Protein function in living systems controls all the main mechanisms in them.

Proteins are one of the most important types of macromolecules in living organisms. Proteins can be categorized as primary, secondary, tertiary and quaternary proteins depending on their structures. The sequence of amino acids (polypeptide) in a protein is called a primary structure. When a large number of amino acids are joined together, the chain formed is known as a polypeptide. When polypeptide structures fold into random arrangements, they are known as secondary proteins. In tertiary structures proteins have a three dimensional structure. When few three dimensional protein moieties bound together, they form the quaternary proteins. The three dimensional structure of proteins depends on the hydrogen bonds, disulfide bonds, ionic bonds, hydrophobic interactions, and all the other intermolecular interactions within amino acids.

Proteins play several roles in living systems. They participate in forming structures. For example, muscles have protein fibers like collagen and elastin. They are also found in hard and rigid structural parts as nails, hair, hooves, feathers, etc. Further proteins are found in connective tissues like cartilages. Other than the structural function, proteins have a protective function too. Antibodies are proteins, and they protect our bodies from foreign infections. All the enzymes are proteins. Enzymes are the main molecules which control all the metabolic activities. Further, proteins participate in cell signaling.

Proteins are produced on ribosomes. Protein producing signal is passed onto the ribosome from the genes in DNA. The required amino acids can be from the diet or can be synthesized inside the cell. Protein denaturation results in the unfolding and disorganization of the proteins’ secondary and tertiary structures. This can be due to heat, organic solvents, strong acids and bases, detergents, mechanical forces, etc.

Milk contains several proteins. Casein is one of the major proteins in milk. When casein is removed from milk, the remaining proteins are known as whey proteins. It is about 20% of cow’s milk (casein is present about 80%). In human milk, there are about 60% whey proteins. So whey protein is naturally found in milk.

Whey protein consists of several globular proteins. They are beta lactoglobulin, alpha lactalbumin, serum albumin and immunoglobulin. Since whey proteins include all the essential amino acids, it is a recommended dietary supplement of amino acids. It is also a good source of branched chain amino acids. It has an advantage of reducing risks of heart diseases, cancer and diabetes. 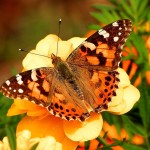 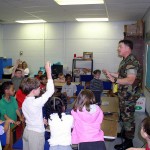 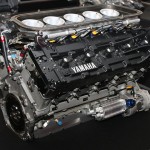