Home / Language / Grammar / Difference Between While and Whilst

While is a word that is used as a conjunction in English language. There is another word whilst that is used to express the same meaning. Many people get confused as to which of two words is better or more correct and if it is at all possible to use while and whilst interchangeably. This article takes a closer look at while and whilst to make it easier for the students of English language.

While is a very commonly used word in English language. It is mostly used as a conjunction though there is the use of while as a noun too. As a conjunction, the primary purpose of while is to join two separate clauses in a sentence. Take a look at the following examples.

• I waited outside the class while the Professor completed his lecture

• The teams played football while it continued to rain

However, while is also used as a noun as when it describes a period of time. Take a look at the following example.

We were there together for a while

Here, while refers to a time period in seconds or minutes. In most other cases, while is used as a conjunction. While has many synonyms such as whilst, whereas, although, though etc.

Whilst is a word that has been used as a synonym of while for quite some time in English language. In fact, whilst is considered a Middle English word, whereas while is a much older word. Whilst is considered archaic and used more by poets and novelists. However, it is still used by people though some term it as old fashioned much like amongst in place of among and amidst in place of amid. When it comes to formal writing, whilst is preferred over while by the writers. It boils down to personal preference when choosing between while and whilst and you cannot be considered incorrect for making use of whilst in place of while.

What is the difference between While and Whilst?

• There is no difference between while and whilst and both are synonymous.

• If anything, while is older than whilst, which is believed to have been introduced during Middle English.

• People in US consider whilst to be archaic though it continues to be used in UK as a more formal form of while.

Difference Between Whereas and While

Difference Between When and While 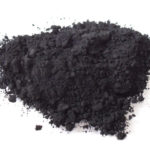 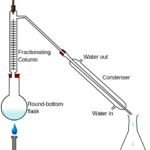 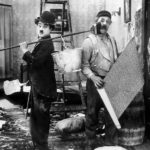