The art of gastronomy will never be the same without its herbs, spices and other condiments, which as and when mixed in the appropriate dishes, set the taste buds aflame with delight. One such variety of spice is pepper that while adding flavour, adds a sting to the dishes as well, providing a well needed bite. Pepper is available in two varieties; white pepper and black pepper. However, how exactly are they different? Let us find out.

What is White Pepper?

White pepper, a production of the seed of the flowering vine of the Piperaceae family, is used as a seasoning and a flavouring agent in various food items. In order to produce white pepper, the berries are plucked when they are fully ripe and soaked in water for a period of about one week. During this time, the skin around the seed,having being decomposed in water , sheds itself. This process is called as retting. After this, the seeds are rubbed together during which what remains of the flesh too is removed after which the seed is dried and ground to a powder. In most cases, the removal of the outer layer or the flesh of the seed is accomplished through biological and chemical methods.

What is Black Pepper?

Black pepper is also obtained from the flowering vine of the Piperaceae family. In order to produce black pepper, the still unripe pepper drupes are plucked while they are still green. In order to clean these drupes of the unnecessary skin and the flesh, they are then boiled in hot water where the heat ruptures the walls of the seed, thereby speeding up the process of the browning enzymes, an effect that is observed during the drying process. These seeds are then dried, either by sun or machine, during which process the remaining skin and flesh around the seed, having being shrunk in the heat, settles in black folds around the drupe, giving it a wrinkled appearance. These can then be powdered or used as a whole in a variety of dishes.

What is the difference between Black Pepper and White Pepper?

Both white and black pepper are obtained from the same vine of Piperaceae family. The colour difference is the most obvious difference between the two. True to its name, white pepper is white in colour whereas the black pepper is a dark brown, bordering on black. However, the preparation methods of the two differ significantly, as well.

• White pepper is used in light coloured dishes where discoloration of the dish needs to be avoided.

• Black pepper is much stronger in flavour and aroma than the white pepper. This is due to the presence of the skin and the flesh on the black pepper.

• Also because of the reason mentioned above, black pepper contains more essential spirits and oils because of which black pepper is what is mostly used for beauty products as well as for medicinal practices.

• Both black and white pepper are used as a treatment for conditions such as pains, stomach upsets, scabies, etc. However, while white pepper is commonly used as a cure for malaria and cholera, black pepper is mostly used for the treatment of bronchitis.

Difference Between Cinnamon and Cassia 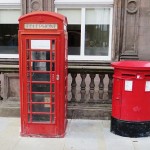 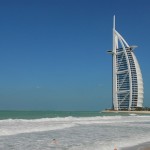