Home / Others / Difference Between Wholemeal Bread and Wholegrain Bread

Wholemeal bread and wholegrain bread are two types of bread that are made from whole grain flours that are sought after by the large number of people due to their healthy contents. They are the best source of protein and can even help in lowering the blood sugar for diabetics.

Wholemeal breads are made of the whole wheat grain including the bran, endosperm, and the germ which are grounded. Unlike the ordinary white bread which contains the endosperm only, the wholemeal bread is a complete bread making it more healthy and can be considered as a factor for reducing the risks of certain grave diseases like cancer, diabetes, and even heart attacks. They are also a good source for proteins.

Wholegrain breads are made of the whole grains itself without grinding it, meaning, they are not refined. Though they are much pretty alike with the wholemeal breads in terms of vitamins and minerals that one can get, there are still many who choose them more than other types of bread because of the whole grains in the bread that makes people to feel more fuller and satisfied.

No matter what type of breads you may choose, either the wholemeal breads or wholegrain breads, they are both exceptional not just an energy-giving breads but can also contribute in the prevention of caner and heart related problems. 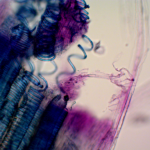