Not many people know that wind power is actually solar power in a different way. Wind is caused by heat from the sun. Sun’s rays heat every part of earth’s surface but not evenly. At some place places it is hotter than at other places. Also, Earth is warmer during daytime and cools down during nights. This makes air above the surface of the earth cooler and warmer because of radiation. Hot air rises while earth’s surface draws cooler air to replace hot air. This movement of air generates winds. This wind is made use of during generation of electricity.

Solar energy is present on all parts of the earth, and so is wind. But sun’s rays are not equally hot at all places and so generation of solar power is not feasible at places where there are not enough sunny and warm days. Also it is a fact that sunlight is there during daytime only and it is not possible to provide energy to solar panels installed for power generation during nights. In comparison, wind is not dependent upon daytime and is blowing 24 hours a day. Even rainy season or winters do not make a difference to production of winds.

But wind also does not blow with same speed at all places. The places that are considered ideal for generation of wind power are near coastal areas but installation of huge turbines to generate wind power comes in way of other uses of such areas for purposes of urban development, tourism, agriculture and fisheries. Because of such priorities, wind power generation has to be carried out at locations where wind currents are not very high with the result that not sufficient wind power can be generated. Large turbines also have noise issues and noise pollution is a big concern today.

One difference between wind power and solar power is cost of installation. Solar panels are still costlier than wind power installations. However, there are maintenance and upkeep requirements in the case of wind power generators with moving parts which is not there in solar panels.

While solar power can sometimes be unreliable when the weather is cloudy for days at stretch, wind power is more reliable as weather has no part to play in wind generation.

Solar panels are expandable as units can be added anytime to harness more energy from sun, it is not the case with wind power. The capacity of wind power generators cannot be enhanced with major changes being carried out.

While solar power is noiseless and causes no problems to environment or ecology, wind power causes sound pollution and is also a threat to many bird species that have their habitat near wind power generators. 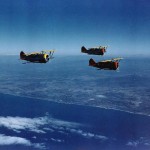