What are the features of Microsoft Windows 8?

There are several major changes in this operating system compared to the previous ones, and it is specially designed to work efficiently with touch-enabled devices like tablets. Classical start menu which was there in all predecessor versions of Microsoft Windows was completely removed from Windows 8. It was replaced with a start screen(Metro UI) which was developed using Microsoft Metro Design Language. The new start screen is touch optimized and shell based. New apps are developed to work effectively with touch inputs. Windows 8 supports USB 3.0 and it is fully integrated with the Window Store, which is an application store for Microsoft Windows. Apart from the above features there are some built-in security functionalities such as built in Antivirus software, Windows Smart Screen to protect from phishing scams and bit locker drive encryption (only available for Windows 8 Pro and Windows 8 Enterprise Editions).

What are the features of Microsoft Windows 10?

Microsoft Windows 10 is an enhanced version of Windows 8 and Windows 8.1, which eliminate several drawbacks of aforementioned operating systems. The traditional start menu is there, as usual in its place together with Metro UI design. This operating system is designed to have the capability to change the user interface, according to the size of the device that is used. Users of Microsoft Windows 10 are allowed to use multiple desktops at the same time using Snap Assist UI. The touch-optimized start screen is not completely removed so that touch-enabled devices will be able to work as before. 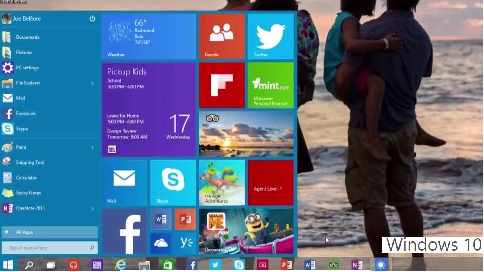 What is the difference between Microsoft Windows 8 and Windows 10?

Windows 8 was not a commercially successful operating system like Windows 7. Windows 8 was specially designed to work effectively with touch-optimized devices, but it was not widely accepted by other users, as it contained drastic changes. Windows 10 which is the latest operating system in its technical preview stage, is considered to be a blend of different characteristics of several operating systems of Microsoft family. It is expected to wipe off the adverse features of Windows 8, while bringing back the consumer satisfaction which was there with earlier versions such as Windows 7. There are several differences that can be clearly identified among Windows 8 and Windows 10. 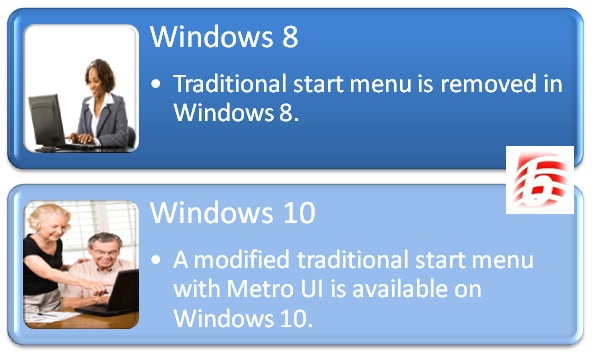 • Multiple desktops are not available in Windows 8, whereas Windows 10 facilitates users to work with multiple virtual desktop environments.

• Apps from Windows Store are opened in the desktop as desktop apps in Windows 10, but Windows 8 does not work with apps in this way.

• Task bar in Windows 10 is modified to have a new task view button, which was not there in Windows 8. Alt+Tab key combination which is used to switch between windows is back with Windows 8.

• Windows 10 has improved performance in searching, copying, pasting and deleting files rather than Windows 8.

Difference Between Windows 7 and Windows 8

Difference Between Kernel and Operating System 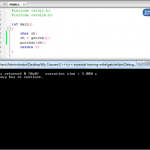 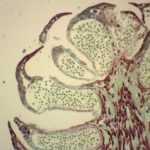