Home / Language / Grammar / Difference Between With and By

The key difference between With and By is that with is a preposition while by is used as a preposition, an adverb, an adjective and even a noun.

Both with and by belong to the category of prepositions in English Grammar. In active voice sentences, with often follows a noun in a sentence while by often follows a verb. However, both these prepositions, when used in passive voice, follow a different construction. The focus of this article is to elaborate the difference between with and by in the active voice and passive voice sentences.

1. Overview and Key Difference
2. What Does With Mean
3. What Does By Mean
4. Side by Side Comparison – With vs By in Tabular Form
6. Summary

What Does With Mean?

The preposition with has multiple functions in a sentence. According to the definitions provided by Oxford Dictionary, with is used to express:

– Gabriel came with her elder sister to the inauguration ceremony.

– He entered the classroom with the good news.

– She bought a white blouse with black stripes.

– The newly opened playground with all the fun activities and the play area soon became the favorite spot of all the kids. 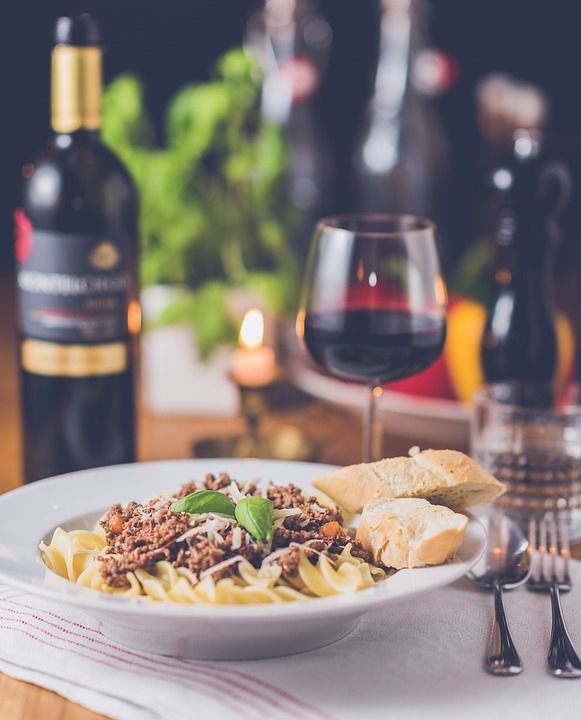 Figure 01: He ordered wine with his meal.

– Be careful with this knife when cutting onions.

– Please fill this bowl with salt water before you leave.

– He often has fights with his siblings.

– The angry neighbour hit the barking dog with a stick.

– He blushed with excitement after seeing her.

What Does By Mean?

By act as a preposition, an adverb and also a noun at times. The preposition form of by means;

– Elizabeth was standing by the window when Darcy rushed to meet her.

– He missed the opportunity by few seconds.

By is an essential preposition in passive voice sentences. In passive sentences, by indicates the agent performing the action.

– The novel Pride and Prejudice was written by Jane Austen. 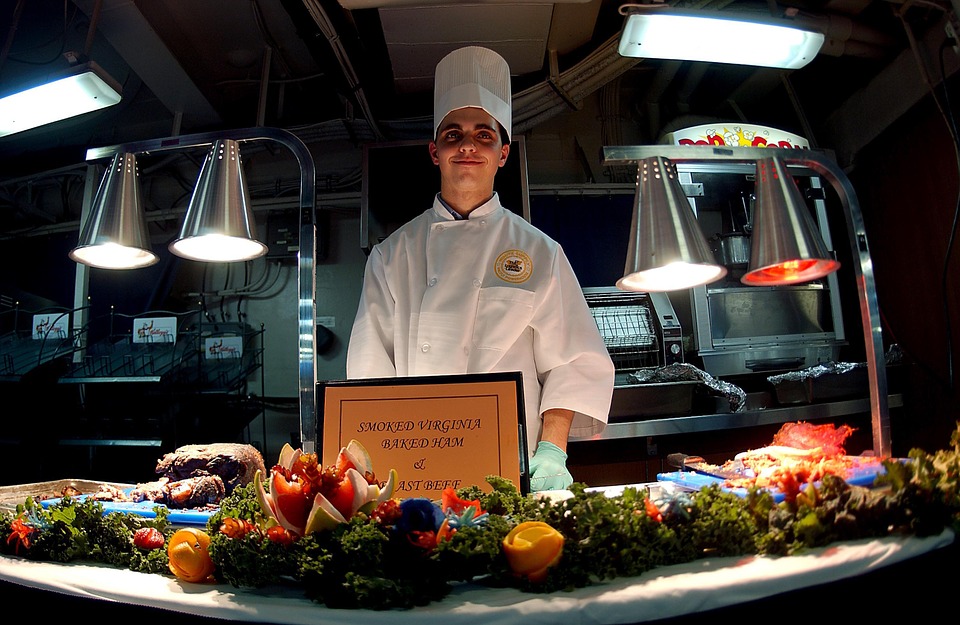 Figure 02: The meal was prepared by a talented chef.

The adverb category of by expresses something or someone went past:

– The image flashed by on the screen was terrific

By as an adverb expresses the idea of being near and at someplace :

– He lives by a cinema hall.

In addition, by is used as a noun to express ‘bye’ and is also as an adjective or a prefix in several words such as – by effects, by passage.

What is the Difference Between With and By?

With basically describes something or someone accompanied by. In contrast, by basically describes the agent or the means of action. Moreover, with often follows a noun in a dependent clause whereas by often follows a verb in a dependent clause. With is often used in active voice while by is often used in passive voice. In addition, with is a prepsosition whereas by can act a preposition, an adverb, an adjective and even a noun. 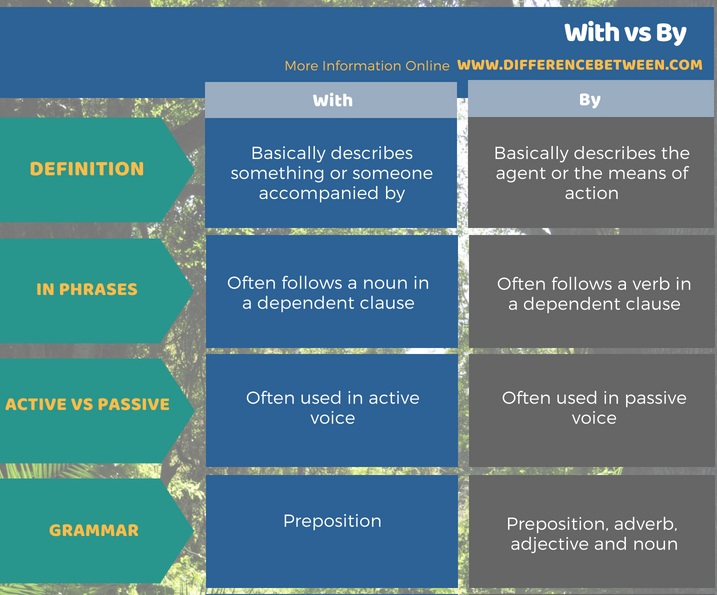 Summary – With vs By

With and by are common prepositions used in both active or passive sentence constructions in the English language. However, the difference between with and by is that with is a preposition while by act as a preposition, an adverb, an adjective and even a noun.

Difference Between If and When

Difference Between Brackets and Braces

Difference Between Laying and Lying

Difference Between Nominative and Accusative

Difference Between Idioms and Phrases 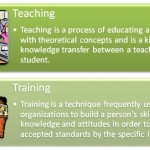