Glucose is the unit of carbohydrate and show the unique characteristic of the carbohydrate. Glucose is a monosaccharide and reducing sugar which is the main product of photosynthesis in plants. Chlorophylls produce glucose and oxygen using inorganic carbon and water. So, sunlight is fixed into chemical energy through glucose. Then glucose is further converted into starch and stored in plants. In respiration, glucose is broken down to ATP and provides energy to the living organisms resulting carbon dioxide and water as the final product of respiration. Glucose can be found in animals and humans, in their blood stream.

Glucose is six carbon molecule or called hexose. The formula of the glucose is C6H12O6, and this formula is common to other hexoses too.Glucose can be in cyclic chair form and in chain form.

Since glucose has aldehyde, ketone and alcohol functional groups it can be easily converted into straight chain form to cyclic chain form. The tetrahedral geometry of the carbons makes six membered stable ring. Hydroxyl group on the carbon five in the straight chain is linked with carbon one making hemiacetal bond (Mcmurry, 2007). So the carbon one is called anomeric carbon. When glucose is figured into fischer projection, this the hydroxyl group of the asymmetric carbon is drawn in the right and called D- glucose. If the hydroxyl group of the asymmetric carbon is in the left side in the fischer projection, it is L- glucose. D- glucose has two sterioisomers called alpha and beta differing from specific rotation. In a mixture, these two forms can be converting into each other and forms equilibrium. This process is called mutarotation.

Two β-D- glucose molecules are bound with (1-4) glycosidic bond making cellobiose, and further making cellulose which is difficult to broken down by enzymes. The beta form is more stable than the alpha form; so in a mixture, amount of β-D- glucose is two third at 20°. Although these two isomeric forms are similar in elementary form, they are not similar in physical and chemical properties.

Difference Between Sucrose and Glucose

Difference Between Dextrose and Glucose

Difference Between Cellulose and Glycogen and Glucose 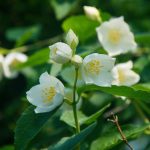 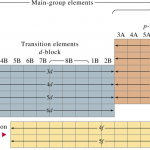