Sania Mirza and Maria Sharapova are both talented players of the Women’s Tennis Association (WTA) and have excelled at the game throughout the years. The two tennis players have also maintained side careers as models for different brands. Sharapova has maintained her brand with Tagheur, Sony Ericsson and Clear Shampoo, Mirza has endorsed Tata Tea, Tata Indicom and Atlas Cycles. Though Maria Sharapova is considered a stronger player out of the two, Sania Mirza has shown the most improvement after coming back from an injury and touring with the Women’s Tennis Association to the Grand Slams and other WTA tours. In 2005, the two ladies went head to head in a heated and fair battle at the 4th round of the US Open, where Maria Sharapova beat the world number 34, Sania Mirza.

Sania Mirza is an Indian player and began her professional tennis career in 2003. Her first appearance was at the India Fed Cup Team, where she won all her singles matches and then later went into Wimbledon the same year to win the Girl’s Doubles Title. Sania Mirza has the privilege of being the first ever Indian woman to be seeded at the Grand Slams, the highest ranked Indian player ever and the first Indian female player to reach the 4th round of US Open back in 2005. In 2009, she went on to win the Double’s Title at the Australian Open with her Indian partner Mahesh Bhupathi. She is married to Pakistani cricket player, Shoaib Malik.

Maria Sharapova is a professional Russian tennis player having achieved the number 1 ranking in the WTA. She has had the honor of winning 22 WTA titles and 3 Grand Slams. Maria Sharapova came onto the professional circuit in 2001 at the age of 17 and won her first Grand Slam at Wimbledon by defeating the then 2 time Wimbledon Champion, Serena Williams. In 2005, a year after her debut, she reached the number 1 rank and subsequently lost 3 Grand Slam Titles after reaching the finals, till she won 2 more, the 2006 US Open and the 2008 Australian Open. Maria’s ranking dropped to number 5 in the world rankings after she had a shoulder injury. Sharapova has been a Goodwill Ambassador with United Nations Development Project.

Maria Sharapova is usually prided for her 6ft 2in height which results in a smooth serve, this is in comparison to Sania Mirza’s 5ft 7in height. Maria Sharapova turned professional in 2001 whereas Mirza entered the professional arena in 2003. To date, Sharapova has won 3 Grand Sam titles, with a career win to loss figure of 356 to 85 compared to Mirza’s 219 to113. Sania Mirza has won 1 Grand Slam title in Mixed Double’s.

Both Sania Mirza and Maria Sharapova have achieved great fame through their talent and achievements and though Maria Sharapova is clearly the better player out of the two as statistics show, Sania Mirza is accredited for her involvement in the sport being an Indian Muslim woman. 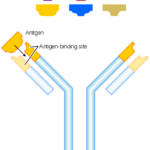 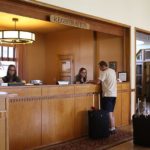