The key similarities and differences between mitosis and meiosis are that both Mitosis and Meiosis are two cell divisions that occur in eukaryotic cells and both initiate from a diploid parent cell. But, mitosis produces two diploid daughter cells that are genetically identical to parent cell while meiosis produces four haploid daughter cells which are not genetically identical to the parent cell.

1. Overview and Key Difference
2. What is Mitosis
3. What is Meiosis
4. Similarities Between Mitosis and Meiosis
5. Side by Side Comparison – Mitosis vs Meiosis in Tabular Form
6. Summary

Mitosis is a type of cell division that produces two daughter cells that are genetically similar to the parent cell.  Mitotic phase occurs via four subphases namely prophase, metaphase, anaphase and telophase. Furthermore, cytokinesis completes it by producing two daughter cells that are genetically identical to the parent cell. 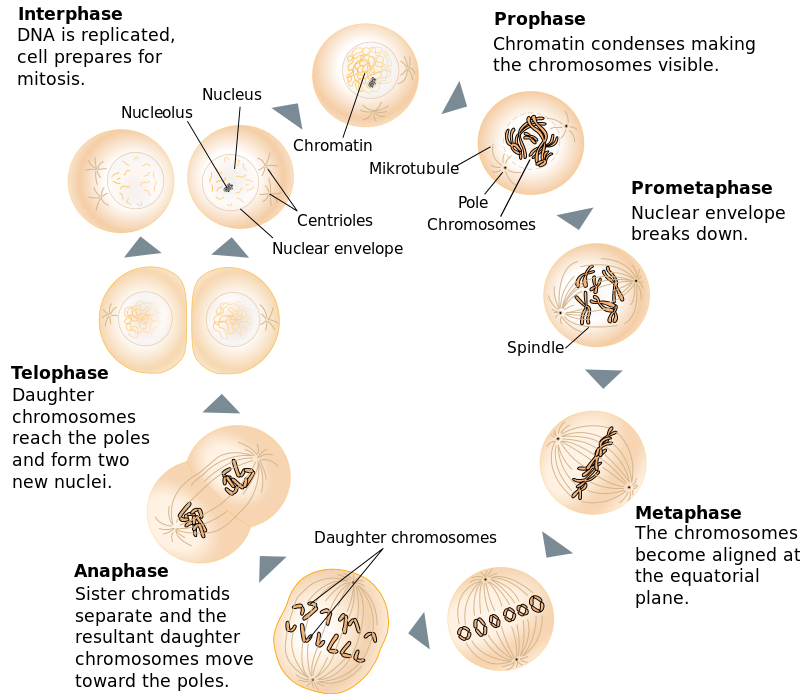 Prophase is the first phase of mitosis; during this phase, centrosomes migrate into two poles of the cell, nuclear membrane starts to disappear, microtubules starts to extend, chromosomes condense more and pair with each other and sister chromatids become visible. Metaphase is the second phase of mitosis in which chromosomes line up at the metaphase plate and microtubules connect with the centromeres of each chromosome separately. During anaphase, sister chromatids split evenly and separate to migrate towards the two poles. Microtubules assist the pulling of sister chromatids towards the two poles. Telophase is the last phase of nuclear division. Here, two new nuclei are formed, and the cell contents are divided between two sides of the cell. Finally, during cytokinesis, cell cytoplasm divides to form two new individual cells.

Meiosis is a type of cell division which occurs during gamete formation. It produces four daughter cells from a parent cell. The diploid parent cell divides into four haploid cells via two major divisions called meiosis I and meiosis II. Moreover, each cell division has four subphases: prophase, metaphase, anaphase, and telophase. Hence, meiosis has eight subphases and results in four daughter cells that are not genetically identical to the parent cell. 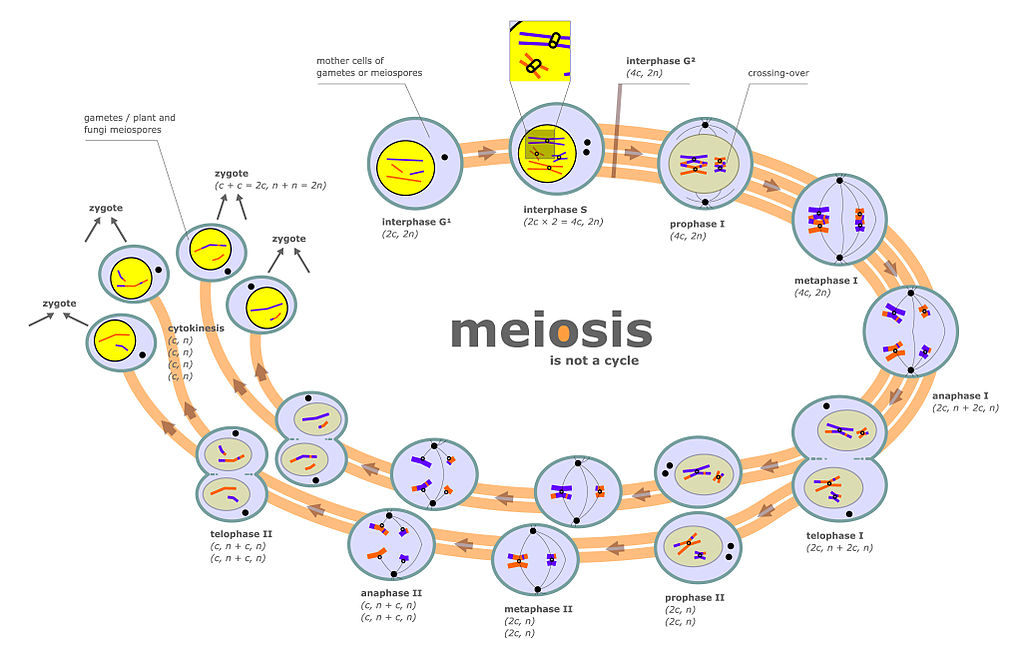 What are the Similarities and Differences Between Mitosis and Meiosis?

Similarities Between Mitosis and Meiosis 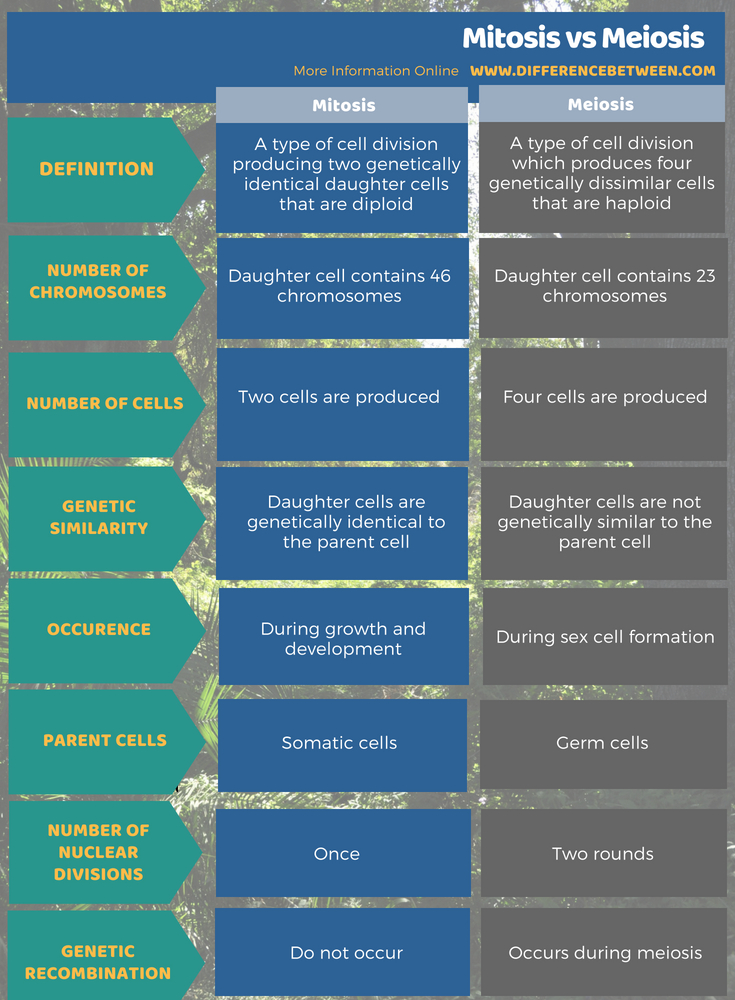 Mitosis and meiosis are two cell divisions. Mitosis produces genetically identical daughter cells, in contrast to meiosis, which produces genetically varied daughter cells. In both cycles, DNA duplicates and segregates into two sides of the cell. Furthermore, cytokinesis is common to both cycles. Overall, the fundamental processes are similar in both divisions. However, at the end of each cycle, resultant cells are different in chromosome number. Somatic cells divide by mitosis and germ cells divide by meiosis. Thus, these are the similarities and differences between mitosis and meiosis.

Difference Between Cell Membrane and Cytoplasm 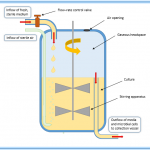 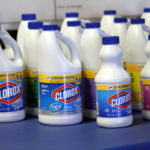