Home / Language / Words / Difference Between Amid and Amidst

The difference between amid and amidst actually exists in the preference and usage. This is simple because amid and amidst means exactly the same. They are prepositions that have the exact same meaning and even spelling except for the extra –st at the end of amidst. There is, of course, subtle difference between them in usage as amid is the more commonly used term of the two. Specially, in American English, you will not find the word amidst much. However, it is used without a problem in British English. This is the subtle and the main difference between the two words. The word amid is normally used in the sense of ‘in the middle of’ or ‘surrounded by’. So, is the word amidst.

The word amid is used in the sense of ‘surrounded by’ or ‘in the middle of.’ Take a look at the two sentences given below.

The friends reached their home amid heavy rain.

He could move slowly amid the crowd.

The minister reached the place amidst tight security.

The lady entered the house amidst tight police security.

In both the sentences, you can find that the word amidst is used in the sense of ‘surrounded by.’ As a result, the meaning of the first sentence would be ‘the minister reached the place surrounded by tight security’, and the second sentence could be rewritten as ‘the lady entered the house surrounded by tight police security’. However, remember that amidst is mostly used in literary texts than in day to day life. The Oxford English dictionary even introduces amidst as a variant of amid.

When it comes to usage, amid and amidst are both used by the British English speakers without a problem. However, the American English speaker prefers the term amid to amidst. It is because amidst with its extra –st sound at the end, sounds more as a word straight out of a Shakespearian drama. 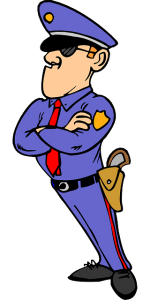 What is the difference between Amid and Amidst?

• The word amid is normally used in the sense of ‘in the middle of’ or ‘surrounded by’. So, is the word amidst.

• Amid and amidst are used as prepositions.

• Amidst has chiefly a literary use.

• British English uses both amid and amidst.

• American English prefers amid to amidst.

These are the main differences between the two important, but yet confusing words, namely, amid and amidst.

Difference Between Love and In Love With

Difference Between Photo and Photograph 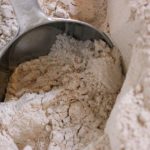