If you have extra money you can invest it in a financial institution (such as banks and credit unions), building society or government bonds. These institutions reward you (investor) by paying you interest on your investments (or savings). So, your investment will earn money for you.

Conversely, when you borrow money, you (borrower) pay interest to the financial institution (lender) on that loan you borrowed.

In general, Interest rates are given as the percentage of interest earned (charged) per year (annum).

Interest can be calculated in two ways; simple interest or compound interest.

Compound interest is the interest paid on the sum (principal) invested (borrowed) as well as on any accumulated interest.

The annual percentage rate (APR) is the effective rate of interest that is charged on an installment loan, such as those provided by the financial institutions and other lenders. APR depends on the terms of loan agreement and can be calculated in different ways, because  the loans take many forms and cover various time periods. The effective APR is the fee charged by lender + compound interest rate (calculated over a year).

The fundamental difference between Interest Rate and Annual Percentage Rate (APR) is that the first one is decided by the state or central bank according to the monetary policy of the land, It can be changed at anytime  by the state or central bank, but it is fixed over a period of time. APR depends on the terms of the contract of the loan such as re-payment schedule, specified interest rate and other  fees involved. 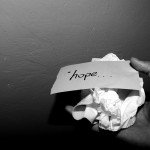