Both gold and brass have long histories and are commonly used in many fields today. Although they have similar features, mainly due to the mutual yellowish colour, there are plenty of characteristic differences between the two from chemical, physical, and economic standpoints.

For thousands of years gold has been used for jewellery, ornaments of kings and queens, as a currency and also for currency trading. Gold is a shiny yellowish metal which is soft but also dense in physical character. In the periodic table, it is found among the transition metals and has the atomic no. 79 with the symbol ‘Au’ which stands for ‘Aurum’, the Latin word for gold. It has a very high melting point of 1,064.43°C and a density of 19.32 grams per cubic centimetre.

Gold is a rare metal found in nature in quartz veins and secondary alluvial deposits as a free metal or in a combined state. Gold also never rusts. This further explains the chemical inertness of the metal which prevents oxidation under normal conditions. Apart from its shine, the inertness of the metal has made it expensive and to be used in industries such as the making of jewellery. Gold may be alloyed with other metals, to provide different character and properties.

Today, 1kg of gold would roughly come to around USD 50822.29 which can be considered quite expensive. Due to the fluctuations of the price of gold it is seen as an opportunity of investment in the forms of coins, bars, jewellery and exchange traded funds. Furthermore, gold is also used in monetary exchange, medicine, food/ drink and electronics. To say how precious the metal is, there is even a council on gold to look over its value and production.

Brass is not a pure metal. It’s an alloy of two metals namely copper and zinc. By varying the amount of copper and zinc mixed, different varieties of brass can be produced. It’s yellow in colour and has a gold-like appearance hence commonly used in decorations. Brass is also used in the making of locks, knobs, bearings etc as it provides low friction. Brass has a relatively low melting point (900- 940°C) and is a relatively easy material to cast due to its flow characteristics. The density of brass is approximately 8.4-8.73 grams per cubic centimetre.

Furthermore, brass can be made stronger and corrosion resistant by the addition of Aluminium. Due to the presence of copper, brass shows antimicrobial and germicidal properties damaging the structural membrane of bacteria. Another phenomenal property of brass is its acoustics. Due to this reason, many musical instruments such as the horn, trumpet, trombone, tuba cornet etc are made of brass. These instruments are even named under the family “brass wind”.

What is the difference between Gold and Brass?

• Gold is quite expensive when compared to brass.

• Brass is essentially an alloy, whereas gold is a pure metal.

• Gold never rusts whereas brass is prone to rusting.

• Gold is heavily seen in the jewellery industry, but brass is more towards the instrumental and ornamental industries.

• Gold is a precious metal and has its own council to look over it, but brass has nothing as such.

• Gold is used as a currency for currency trading and investing, whereas brass is not used in any of the above.

1. Difference Between Brass and Bronze

Difference Between Coal and Gold

Difference Between Gold and Platinum

Difference Between Gold and White Gold 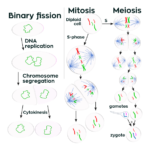 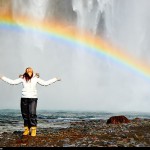