When one or more reactants are converting to products, they may go through different modifications and energy changes. The chemical bonds in the reactants are breaking, and new bonds are forming to generate products, which are totally different from the reactants. This kind of chemical modification is known as chemical reactions. A molecule must be activated before they can undergo reaction. Molecules normally do not have much energy with them, only occasionally some molecules are in an energy state, to undergo reactions. Where there are two reactants, for the reaction to happen, the reactants must collide with each other in the proper orientation. Although reactants just encounter one another, most encounters are not leading to a reaction. These observations have given the idea of having an energy barrier to reactions.

A catalyst lowers the energy barrier to a reaction, thereby making the reaction go faster in either direction. Catalysts can be defined as species, which increases the rate of a reaction, but remains unaltered after a reaction. Although catalyst can change its form during a reaction, it changes back to the original form when the reaction finishes. Although a catalyst increases the speed of a reaction, it does not affect the position of equilibrium. In an un-catalyzed reaction, the activation energy barrier is high compared to a catalyzed reaction. Activation of a reaction can be higher if the transition state has a very improbable conformation. Catalysts can reduce this energy by binding the reactant molecule in an intermediate state that resembles the transition state. In this instance, the binding lowers the energy catalyzing the reaction. Moreover, catalyst can bind two reacting molecules and orient them to increase their chance of reacting. Thus, catalyst increases the rate by lowering the entropy of action in the reaction. Catalysis can be categorized as heterogeneous catalysis and homogenous catalysis. If the catalyst and the reactants are in two phases, then it is said to be a heterogeneous catalysis (e.g: solid catalysis with liquid reactants). And if they are in the same phase (solid, liquid or gas), it is a homogenous catalysis. Catalysts are largely used in chemical laboratories and industries, to increase the efficiency of reactions. Most of the d block metals like Pt, Pd, Cu are common for their catalytic activity.

Enzymes are essential biological macromolecules. They are protein molecules, sometimes bound with other metals, co enzymes, or prosthetic groups. Enzymes are the biological catalysts, which increases the rate of biological reactions under very mild conditions. Normally enzymes need very specific conditions to function. For example, they function at optimal temperatures, pH conditions etc. Enzymes are proteins, so when they are subjected to high level of heat, salt concentrations, mechanical forces, organic solvents and concentrated acid or base solutions, they tend to denaturize. Two properties that apparently makes an enzyme a powerful catalyst are:

– Their specificity of substrate binding.

Difference Between Reversible and Irreversible

Difference Between Equilibrium and Steady State 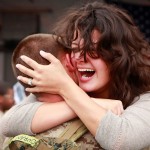 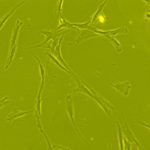 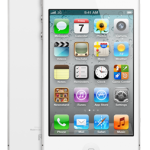