Gone are the days when the organizational structure was as simple as management and employees, with their being an owner who kept managers and employees to run the affairs of the business. Today, with companies becoming bigger and operations specialized, the nomenclatures of posts in large organizations have become confusing for many to understand. CEO and Managing Director are two such posts that are indicative of the highest ranking official in a company. This article attempts to take a closer look at the two posts to see if indeed there is a difference.

If you happen to be in UK or any of the commonwealth countries, chances are that you encounter the designation MD more often than CEO which is a title used more commonly in US and many other European countries. MD is called the Managing Director, and he is the most powerful officer in a company. He is responsible for day to day operations of the company and is a link between the management and the board of directors, himself being one of the members of the board. In US, this person is labeled CEO or the Chief Executive Officer. In US, there is a system of prefixing the word chief before a key official responsible for certain roles and responsibilities such as Chief Finance Officer (CFO), and COO (Chief Operating Officer).

To make a distinction between governance and management and to ensure that too much of power is not concentrated in the hands of a single person, the post of managing Director has been created so that he despite being the most powerful officer remains answerable to the board of directors. He is the captain of the ship in the sense that he is held responsible for successor failure of the company. He performs many roles such as a motivator for the employees, communicator between management and the board, decision maker, also a negotiator.

In rare circumstances, there are both a managing director and a CEO in the same company. It is seen that MD is responsible for specific operations in a particular plant or factory while CEO looks after operations of the entire company.

Difference Between CFO and CEO

Difference Between Au Pair and Nanny 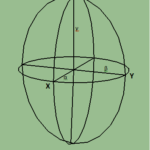