Coffee is one of the most popular and most consumed beverages along with tea in the world. Millions around the world start their morning with a hot mug of coffee that they believe gives them the energy to get on with the demands of the hectic day ahead. Coffee is a generic word that includes many different variations of the beverage. One such variation of coffee is mocha that has similarities because it is also made using coffee beans or ground coffee. However, there are also differences between coffee and mocha that will be discussed in this article.

There is hardly a person who has never tasted this wonderful hot beverage made from coffee beans or ground coffee adding milk and sugar as per taste. However, coffee is also the name of the plant from which this product is obtained. Coffee plant produces berries that are roasted to give beans of coffee. Coffee beverage is either made using these beans or finely ground coffee powder. Coffee is brewed in many different ways, and many other ingredients are also used to make it tasty and flavourful. There are different types of coffee based beverages such as espresso coffee, frappe, cappuccino, latte, mocha, and so on.

Mocha is a term that is used for a particular type of coffee beverage that is made from coffee beans, milk and chocolate. It is also the name of a special coffee that is native to Arabian Peninsula and Yemen. The name of this coffee type is credited with the ancient port of Yemen from where this product was first exported to the world. In fact, this port of Yemen was the biggest source of coffee at one point of time and the name of the product got the name of the port. As far as beverage that is called mocha is concerned, it is called by some as mocha coffee though the correct name happens to be café mocha. In general, mocha coffee contains espresso, milk that has been steamed, froth, and chocolate. It would be better to call café mocha a type of coffee mixed with chocolate or simply caffeinated chocolate.

What is the difference between Coffee and Mocha?

• Coffee is the world’s most popular beverage, and it is also the name of the plant from which coffee beans are obtained.

• There are many types of coffee based beverages while mocha is only one of them.

• Mocha coffee or café mocha got its name from the port of Yemen which was once the biggest exporter of coffee in the world.

• Mocha coffee has chocolate syrup as one of the ingredients whereas chocolate is not used in other types of coffee.

• Many people call it mocha coffee whereas the correct name is cafe mocha.

Difference Between Mocha and Cappuccino

Difference Between Flat White and Latte

Difference Between Coffee and Espresso 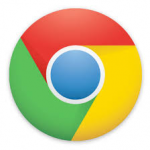 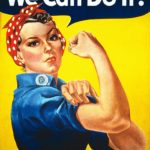