Triple sec is liquor that is considered not only delicious but also indispensable for bars at home because of its ability to make different wonderful cocktails. It is citrus liquor with a kind of sweetness that makes it appealing among people of all ages. However, there is another name Cointreau that confuses many. This is because of the similarities between the two orange liquor drinks. Despite ostensible similarities, there are differences between these two liquors that will be talked about in this article.

This is a strong liquor that is orange flavored but colorless. It is so called because of the fact that the liquor is distilled three times. It was originally made on an island called Curacao in the Caribbean with the dried peel of oranges. Interestingly, there is also a brand of Triple Sec that is known as Curacao. The word sec in Tripe SEC signifies the fact that the liquor is dry or less sweet than the Curacao that the Dutch made earlier than the French. The French made Triple SEC as a clear liquid.

To make sure, Triple SEC is not a brand of liquor and a generic name that refers to orange flavored liquor made from distillation of dried peel of oranges. It is considered a drink that is Caribbean though it is also made in many other South American countries such as Haiti and Brazil and even in a European country like Spain. There are many different varieties of oranges used to make Triple SEC, and this includes both sweet as well as bitter oranges.

Cointreau is orange flavored liquor that is a kind of Triple SEC. it is made by distillation of peel of bitter and sweet oranges. In fact, it is one of the best known brand names of this generic orange flavored liquor. Cointreau is consumed with delight by people across the world as it is and also as one of the ingredients in different cocktails that are made with this orangey liquor. People drink Cointreau both as a digestive as well as an appetizer.

• Cointreau is a brand while Triple SEC is the generic name of the orange flavored liquor that is made after distillation of peel of sweet and bitter oranges.

• Cointreau is much expensive than Triple SEC.

• Cointreau is made in France, whereas Triple SEC may be made anywhere in the Caribbean and also in other South American countries.

• Cointreau is considered to be a very high quality of Triple SEC.

Difference Between Gatorade and Powerade

Difference Between Brut and Champagne 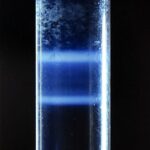 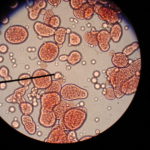