Empirical and conceptual are two approaches that are commonly employed while conducting a research. Conceptual is also referred to as analytical as researchers while empirical analysis is a methodology that tests a given hypothesis through observation and experimentation. Both approaches are very popular but there is no hard and fast to their application and they are not mutually exclusive so as not to be employed in different aspects of a particular research.

Difference Between Accountancy and Commerce

Difference Between TEFL and TESOL 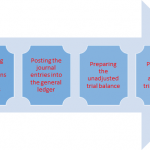