Continental drift and plate tectonics are two theories explaining the geological evolution of the earth, specifically its crust.

Continental drift is a theory first presented by Abraham Ortelius (Abraham Ortels) in 1596. The concept was independently developed by German geologist Alfred Wegener in 1912. The theory states that the continents are moving slowly on the surface of the earth, and the majority of these large landmasses were together once, about 200 million years ago. This collection of continents is known as a super continent.

His theory was inspired by the fact that edges of the continents south America and Africa fit together like pieces of a jigsaw puzzle, and that led to the conclusion that theses landmasses were together sometime in the history. Wagener named this large land mass as “Pangaea”, with the meaning “All Earth”.

According to Wagener’s theory, during the Jurassic period, about 200 to 130 million years ago, Pangaea started to break up into two smaller continents, which he called Laurasia and Gondwanaland. The Gondwanaland consisted most of modern southern hemisphere, South America, Africa and Australia. Madagascar and the Indian subcontinent was also a part of Gondwanaland. Laurasia consisted majority of the modern north hemisphere, including North America, Europe and Asia. 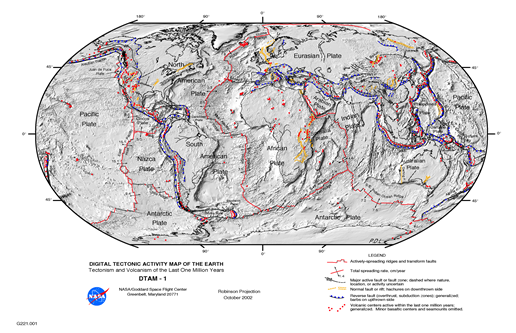 The Wegener`s theory was not accepted widely until 150`s. Geophysics was not very advanced when he presented his theory; therefore, any of his claims could not be explained. However, the development in geophysics allowed scientists to detect the motion of the landmasses and the theory was acclaimed later. Study of the Chilean earth quake in 1960`s produced vital confirmations to the theory.

It was discovered that before Pangaea, in the earlier eras of the earth`s history, continents of the earth have been together to form supercontinents. Therefore, based on the concepts of the continental drift and other developing ideas at the time, a general theory was developed, which is now known as the plate tectonics.

Asthenosphere is a viscous, ductile, and relatively fluid like layer within the earth lying from 100 – 200 km in depth. The change in the density due to the heat from the earth`s core results convection in the asthenosphere layer. This creates large forces acting on the crust and tends to move on this fluid like layer. The plates are moving towards (create convergent boundaries) each other or moving away from each other (create divergent boundaries).

Along these boundaries, most geologically active regions lie. In the convergent boundaries, one crust may be pressed deeper into the mantle by the other plate, and such a region is known as a subduction zone. 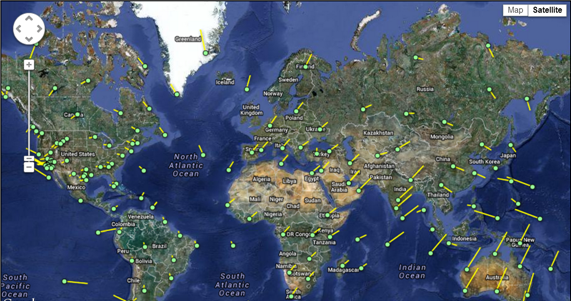 Above figure shows the magnitude of the motion of the continent at different sites.

What is the difference between Continental Drift and Plate Tectonics?

• The continental drift is a theory advanced by Alfred Wagener, based on earlier work by many others; it states that all the landmasses were closely positioned to create large landmasses known as Pangaea. Pangaea broke into several smaller land masses, which we now call the continents, and moved along the earth`s surface to the positions we see today. Earlier this theory was not accepted.

• Plate tectonics is a general theory based on the modern findings in geophysics of the 20th century; it states that the earth’s crust is located on top of a viscous and mechanically weak layer; therefore, allowing the crust to move. The crust moves due to convective forces generated within the asthenosphere, fueled by the internal heat of the earth’s core.

• Continental drift theory considered the geological scenario of Pangaea breaking to form the present day continents. Plate tectonics suggest that supercontinents like Pangaea existed before too. It also predicts the earth`s land mass will again form another supercontinent in the future.

• Plate tectonic explains the mechanism of the motion of the tectonic plates while continental drift theory left this question completely unanswered.

Difference Between Lithosphere and Crust

Difference Between Gneiss and Granite 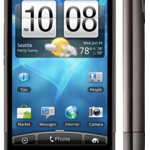 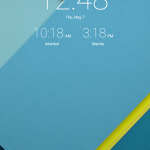 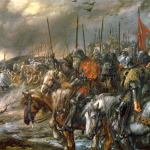 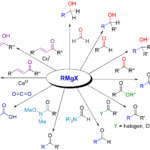 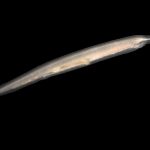